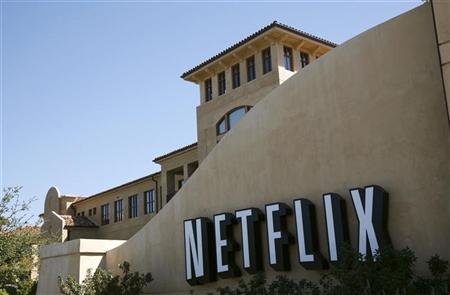 Netflix was much criticized by its customers as they were unable to watch movies over Christmas holidays due to a major system malfunction. Same was the case with Amazon few days later ? for which it had to apologize.

Although Amazon emerged after selling books, in recent years, it has developed a reputation of developing computing systems as well. And today, Amazon is considered to be a big gun in the cloud service industry.

The ones who believe cloud service is risk free, especially after the Christmas Eve system failure ? must have a second thought. And remember, Netflix uses Amazon Web services for hosting its network infrastructure.

Craig Labovitz, a senior internet researcher and CEO of analysis group DeepField, says that as the cloud service industry is growing, it has started to be dominated by a few major players.”The big guys get bigger – they buy the little guys – they’re drawing out traffic from many of the smaller businesses. The game is about the scale you’re operating on,””In terms of looking to have utility-on-demand computing, it’s hard to compete with AWS”, he added.

Software and server maintenance for businesses, government agencies and websites are something quite costly. Hence, they choose to outsource such things to a third-party.

The actual stats may not be available as Amazon keeps its data confidential, but according to DeepField, almost 1/3rd of all the websites visited daily by internet users are powered by Amazon. It is also estimated that about 10% of the top 10,000 websites use cloud services offered by Amazon.

Aggregate sales for Amazon in the 3rd quarter of 2012 were $13.81 billion with almost $1.5 billion coming from its web services—only.

Cloud computing services have many  areas of expertise, but if we talk about Amazon, we see it specializing in three categories: computing power; to upgrade services when customers face a surge in their demands, storage capacity; to store data typically on external disks, and a platform to develop and maintain software applications.

The company has data centers in 9 countries including Ireland, Japan and Brazil. But to cater to local needs, Amazon also maintains “edge location”; facilities to deliver its content, more efficiently.

Although, it does not give an official figure, experts at Huang Liu of Accenture Technology Lab estimated the company hosting approx half a million computer servers on its smaller facilities.

Even though an apology was issued by Amazon over its holiday outage, but it wasn’t directed toward Netflix. Rather, it apologized to its direct customers. The statement said “We know how critical our services are to our customers’ businesses, and we know this disruption came at an inopportune time for some of our customers,”

Ironically; the system outage also had an impact on Amazon’s online video-streaming service ? a direct competitor of Netflix.

‘Load balancing’, the process used by computing companies to shift work across computers was the cause of this system failure. Even Google experienced a similar problem with its own server ? recently, leading to the inaccessibility of Gmail; however it was short-lived as compared to Amazon. It experienced problems for about 20 minutes, while Amazon for almost 12 hours.