The news circulating the IT sphere, leading CIA to choose Amazon over IBM for a profitable government contract seems to have upset the market bigwig IBM. More so, because the CIA spooks claimed to have chosen Amazon over IBM predominantly because of the superb tech solution offered by the former, which has frustrated IBM as it has been bearing the self-proclaimed crown of being the best in this sector for quite a while. The news started making rounds shortly after the US Government Accountability Office released a report, disclosing the factors that led to this decision of choosing Amazon over IBM for whooping $600m private cloud deal and the reasons for IBM’s gripe. The Accountability office supported inexplicitly two of the grievances held by IBM; the price factor and the tech disparity between Amazon and IBM and the slackening off the solicitation period for Amazon while dismissing other claims. 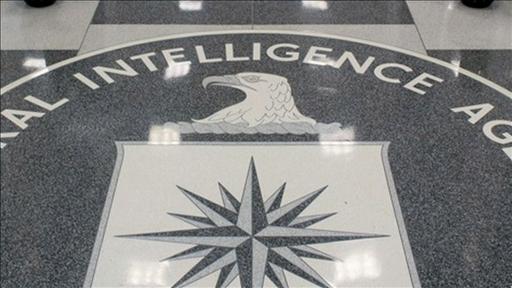 Regardless of the fact Amazon sported an estimated price of $148m annually as compared to $94m of IBM; CIA maintains its stance of choosing the former over the latter for the super efficient tech solution. According to reports, IBM offered a rather low price range over a period of 5 years, but they maintained, it compensates for the tech sophistication that Amazon provides. The word has it, IBM’s offered price had stipulations that upset the procurement body and made them see the “serious cost risks” with IBM’s deal.

However, this is nothing unusual. The market bigwigs in almost every sector has deals with stipulations that lead to extra charges which in turn increases the overall costs by a certain margin. But Amazon left IBM behind in another aspect as well and hence was chosen over IBM. According to sources, IBM’s contract clearly mentioned that its cloud won’t offer auto-scaling for customizing applications which, on the other hand, is being offered by Amazon. The Report shed light on this aspect, “The technical/management evaluation team also assigned a significant weakness under the written element of the technical approach subfactor for IBM’s failure to make clear in its proposal how IBM would modify its existing commercial cloud to provide the required auto-scaling capability for the intelligence community.” IBM protested vehemently, however the pleas were dismissed by GAO. Moreover, IBM downgrading Amazon said, CIA should have taken a little notice of the cloud outages all through the previous year before settling for the company. The GAO, however, firmly stated that CIA did take into consideration all these aspects nevertheless, “concluded that the reports and their knowledge of the circumstances surrounding the outages were not sufficiently detailed to take the outages into account in the past performance evaluation”.

Having said that, the report, defending Amazon, strongly supported AWS Cloud by Jet Propulsion Laboratory which maintained that the company didn’t suffer any such outages in the Amazon data centers in particular, “we implement failover and elastic load balancing but it’s simple and inexpensive and very much worth it”. The report emphasized on the fact that the Agency chose Amazon over IBM, even though the latter offered a rather lower price range, because it is pretty conspicuous that IBM’s technology needs an upgrade now as it is lacking in many ways. Even the latest stint of IBM, making Openstack as the chosen platform for its smartcloud technology that already is lagging behind Amazon in web services niche, shows Amazon’s tech superiority.