The public was fed with a general idea that the advancement in technology was decreasing the rate of employment in every single industry. Well, that’s not true anymore. With the introduction of the cloud computing, the amount of jobs in the IT department has boomed.

Cloud can bring out the full potential in a business. The IT sector for example, can now have a place with unlimited storage to secure their data in. The employees can give their 100% to the business now as they can work on the go. Over the recent years, cloud technology has been the main reason behind fast business transactions and ease with communication.

According to the U.S. Bureau of Labor Statistics, 3,600 jobs were produced in the category in July, “data processing, hosting and related services”, making this the single best month for job increase since June 1998. The President of Dice, Shravan Goli told media that there has been a 32% increase, in the jobs that are related to Cloud. He went on saying, “There’s an upswing in cloud services and cloud technology-related job opportunities”, proving that cloud is a great source for employment. 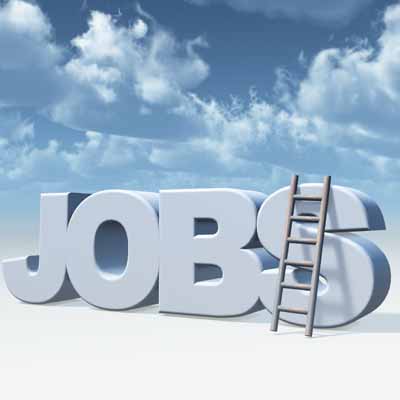 Many new cloud computing companies are hiring more people because they need a lot of work force to run their servers. Salesforce.com has inaugurated a new Operations Center in Dublin offering 100 new jobs.

Employees at a lot of companies have begun bringing tablets and smartphones on the workplace, accessing records using cloud computing facilities and making themselves extra tech-savvy, handy, productive members of the workforce. The areas of sales, marketing, IT and customer support are the major concern for salesforce and they have plans to hire lots of people in these sectors. The company already has 500 people working for them and they are looking to hire more brains.

This announcement was made by Taoiseach Enda Kenny at the official opening of the new 50,000 square foot operations center constructed in Sandyford which will overlook the company’s dealing in Europe, the Middle East and Africa (EMEA).

A research conducted by the Microsoft-commissioned IDC showed that wide-spread adoption of cloud computing could create up to 14 million new jobs global by the end of 2015 – with more than 1.2 million of these estimated in Europe. Countries that would profit more from the Cloud System are German, UK, France, Italy and Russia. In the Asia Pacific region, the two major countries, China and India, will benefit from this technology.

“Cloud computing and the explosion in access to technology is impacting the character of work across industries, generating new skills demands, employment and growth opportunities.” “A common misconception is cloud computing is a job eliminator, but in truth it will be a job creator – a major one,” said John F Gantz, chief research officer and senior vice-president at IDC in a statement.

However, with the rise in job opportunities, the standard of education for the IT students has also been increased. The new recruits should know how to use different cloud computing software programs and how different types of clouds work in the real world.