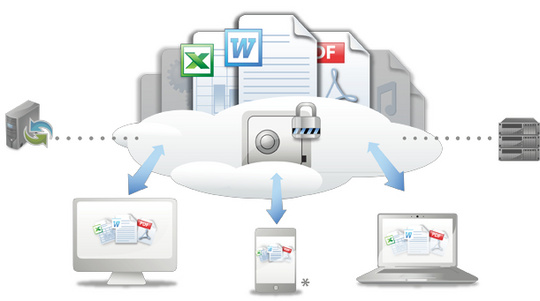 Most people are still confused about the results of the cloud computing data transfers. Some of them think that the data transfer won`t be that effective, while others believe that the performance will turn out to be excellent. Both beliefs are true as the performance depends on the way the software is used.

Data transfer however has been observed to be carried following some patterns mentioned below:

Mobile to cloud is the most uncomplicated pattern which doesn`t have much data transfer issues. Businesses don`t use mobile gadgets (netbooks, smartphones, tablets etc) to store important information thus the data is left behind in the cloud. The relevant data required for an operation at a certain point of time is transferred at a time. In this case, transferring data is not as big of an issue as in other cases.

Cloud to Cloud service is of further two kinds i.e. intracloud (like Amazon service) or the intercloud (data transfer between Rackspace and AWS). Intracloud data relates to the pipe size inside cloud services and the cache related performance enhancement services. It therefore has to deal with data transfer between virtual machines, tenants, data stores or even applications. Different businesses approach the technology in a different manner, thus you should keep your own considerations in mind before you try implementing the scenarios in your case.

Speaking of intercloud transfer of data, this pattern is also a complex one as there is little compatibility between the cloud services on both sides. This pattern becomes similar to that of the cloud to enterprise pattern, as a more open transfer of data takes place. This is one area which needs further improvement in the future. As for now, the best policy is to keep experimenting and testing the services.

The most complicated pattern however is the enterprise to cloud one. Data is transferred online via the servers from enterprises to the public cloud service provider systems. As a general observation there is a large difference in the speed limits of downloading from a remote website and the data downloaded from an intranet server. This is the reason why transferring large amounts of data should be avoided in this case, to reduce the issues involved in the process.