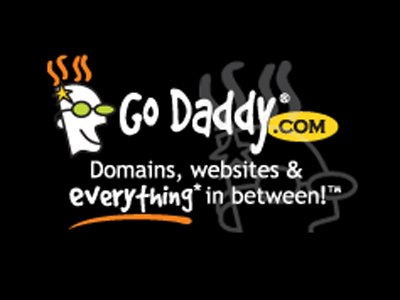 GoDaddy is world’s renowned domain name registrar and web hosting site. Having already entered the cloud computing market, GoDaddy plans to help millions of its customers to follow suite of 21st century. The company formally began its progress towards being a product company by announcing its entry into the mobile website space. The news was declared on Thursday and implies that the company will be leaving the Desktop behind.

Jason Rosenthal, newly appointed head of technology and products at GoDaddy, acknowledged that the company is trying to grow into more than just being a support providing and a marketing company. The company’s entry into the mobile market is based on its aspirations to expand its operations in a new direction. Management at the company believes that Mobile space is the perfect market to expand its operations into. Rosenthal is well known for his strategic management into expanding businesses as he was the key player behind Ning.com, where he took the company into an entirely new direction from its existing premium business of Social-network-creation.

Mobile business is one of the most growing businesses in the world. And, it may come as no surprise that mobile shipments greatly exceeded the shipments of personal computers last year.  Even small companies are attracted to the mobile business. In this scenario, GoDaddy’s decision to enter in the mobile market seems strategically correct.

All a customer wants is to go online and trade tablets and smartphones. If a site is very slow to respond or difficult to navigate, customers may switch to some other site, as the cost to switch is very low over the internet.

GoDaddy has the plans to allow its customers the capacity of creating their exclusive mobile websites. The provision to convert the existing site into a mobile one is also available. GoDaddy’s partnership with DudaMobile ensures that customers can make a transition to the mobile site with a simple click of mouse. Nevertheless, the customers can also customize their mobile sites according to their specifications.

Rosenthal explains, “It’s really the first step down the road of what you’re going to see from GoDaddy in the future … This is going to be a year of mobile for GoDaddy.”

Some analysts believe that GoDaddy’s transition began back in July when it acquired Outright, a company that founded Software-as-a-Service application.

Rosenthal announced that the financial management application developed by Outright will be first of many such applications to come from GoDaddy.  Officials at GoDaddy also claimed that all the applications will be developed keeping in mind the mobile devices of their customers.

Many suspicions have been raised regarding the new direction adapted by GoDaddy and if the company will be consistent in its operations. The basis of these suspicions is the company’s decision to completely abandon its cloud computing activities, and that to in a very short span of time. However, Rosenthal claims that the reason to close off that side of the business was that customers were finding it hard to adapt to the services.

To further address the suspicions of the customers, Rosenthal explains that GoDaddy has the same cloud infrastructure as outsourced in cloud server hosting. And, the company’s mobile experience will be totally different from the web experience.