International Business Machines (IBM) has locked horns with Amazon in a bid to get the contract meant for setting up cloud computing system for CIA worth $600 million. It was reported by The Wall Street Journal that this transaction manifests the increasing importance technology industries grant to intelligence-agency business. 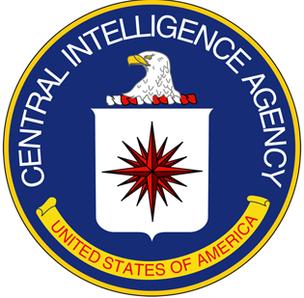 What cloud computing does is it stores information over an interconnected network of servers that do not have a centralized location. Keeping pace with the advancement in technology, cloud computing has dramatically formed an important part of the data stored by almost all government organizations. Amazon has remained the major provider of infrastructure in the realms of cloud computing. For several years, Amazon has been using it for selling books, apparels along with any other retail product, delivered by mail.

Nonetheless, International Business Machines Corp enjoys almost a decade old relationship with Central Intelligence Agency. Amazon on the other hand believes that the federal government opportunity has tremendous potential to pave way for enormous business opportunities for them in particularly for multiplying the success of Amazon Web Services.

Any of the company getting the deal will be having the access to extraordinary secret surveillance programs of the government. The tussle between Amazon and International Business Machines exhibits that when it comes to the rarified world of secret intelligence agencies, a company like Amazon known for merchandising internet based cloud computing services are contesting with the traditional technology vendors.

The Wall Street Journal also reported that CIA initially chose Amazon unexpectedly over IBM to build their cloud based computing service. To this, IBM protested which compelled the Government Accountability Office to advise the CIA to revisit the $600 million deal and renew negotiations. CIA has 60 days now to consider GAO’s recommendations and declare how it will be moving ahead.

However, the initial decision made by CIA to reward their cloud based computing contract to Amazon clearly shows the tilt of intelligence agency away from the traditional vendor and opening to new players. CIA’s decision to opt cloud computing is an attempt to cut expenditures by using latest technology of cluster servers instead of the traditional supercomputers, so as to undertake gigantic data crunching activities. Another advantage of cloud computing would be simplifying renting of computer technology on the internet.

Cloud computing has not been a new phenomenon in security agencies’ domain. Lately, The National Security Agency adopted new technological tools for collection of communication data and to further examine it, with the ultimate goal of protecting the nation against any terrorist attack or potential threat. Although much of the technology’s earnings were accumulated by bigger players, primarily, Hewlett-Packard Company and Computer Sciences Corporation, but CIA’s initial agreement of awarding the contract to Amazon points to the popularity of less technology vendors in the niche market.

If CIA gives the verdict again in favor of Amazon, it will help the company in gathering a large chunk of government business, though its Amazon Web Services is already developing some of the cloud based computing services to the US Department of Health and Human Services.