It has lately been indicated that Satya Nadella, the current executive vice president of Microsoft’s Cloud and Enterprise businesses could be the ultimate choice for Microsoft’s next chief executive officer. Although it has not yet been confirmed by the authorities, the rumor seeped out from the inside guys.

It has now been a while, since Microsoft announced the retirement of its current CEO, Steve Ballmer. He is however still there performing the duties of a boss, despite of approaching to the day of his departure. Obviously, Microsoft will not let it go until it finds the finest of alternatives. Putting a cloud person on the top of executive hierarchy would definitely bring in some favorable decisions for the company’s cloud division. Nadella could be the most optimum choice for the new CEO considering his previous performance.

Nadella is the recognized official, who transformed Microsoft’s business and technology from client services to cloud infrastructure and services. He is also acclaimed for bringing Windows server, Microsoft database, and developer tools to Microsoft Azure cloud. Satya was appointed as executive vice president of Microsoft’s Cloud division in 2011, when revenue of this division was stated as US$16.6 billion. Under his supervision, these figures elevated to US$20.3 billion in 2013. 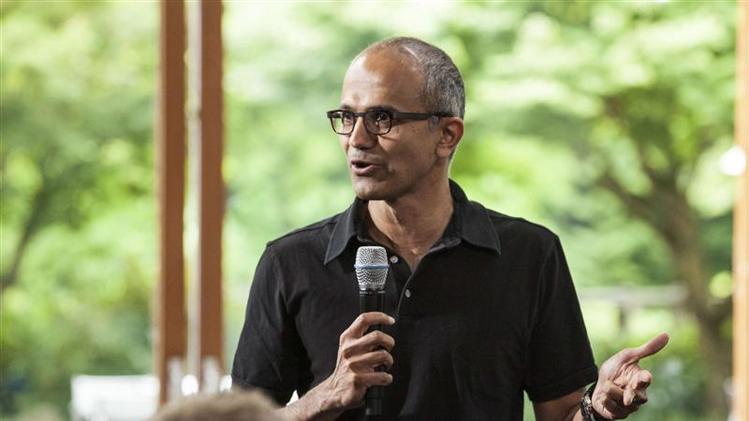 Another strong reason for considering Nadella being in the concerned position is his cross function experience of 22 years in the same company. He has already overseen the departments like Research and Development Division, Consumer Online Services Division, Microsoft Business Division, and Server & Tools Division.

This was not an easy decision for the board, as there are other accomplished personnel under consideration for the same authoritative position. Alan Mulally, the CEO of Ford Motor Company was among the top candidates. However, Mulally withdrew himself publicly. Others in the race were Mark Hurd, former boss of Hewlett Packard and Hens Vestberg, the CEO of Ericsson telecommunications company.

Apart of these outsiders, Nadella had to contest with the candidates from inside the organization including Tony Bates, currently executive vice president of Microsoft Business Development. Bates has previously been the president of Skype Division at Microsoft. Another significant runner was Stephen Elop, who served as the head of Microsoft’s Business Division, until he left in September 2011. Currently, Elop is employed as the Chief Executive Officer at Nokia Corporation.

Although the stakeholders of Microsoft Corporation were much supportive for the appointment of an outsider to rule over the company, Bill Gates, the co-founder and chairman is said to be in the favor of Satya Nadella. Authorities have communicated the final selection will be conducted in the first quarter of 2014, however no precise date was brought under notice.