Cloud storage and cloud computing system seems far too nice, smooth and easy to operate and sustain. But, this is not the case in actual. Although the overall concept sounds virtual, the stored data definitely exists somewhere physical. The places where physical servers of cloud computing systems are set up, installed, and operated are called the datacentres. Datacentres usually consist of large servers, which might exceed the size of football fields. Millions of dollars are spent each year on the sustenance and maintenance of datacentres. Among different factors elevating the operational costs of these datacentres include the cost of trusted and uninterrupted power supply. In different instances, average 30 to 50 per cent of the datacentre’s total operating costs total under the domain of power consumption. 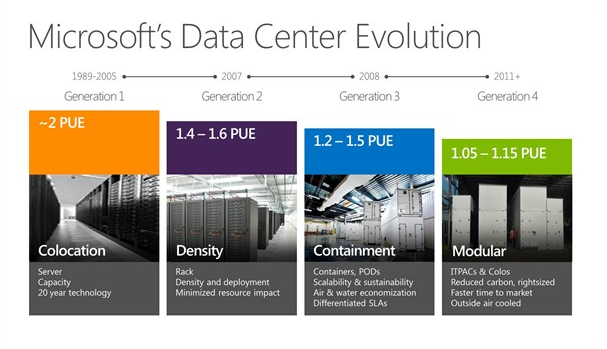 In addition to this, dependable power sources are initially considered, while planning to choose a site for constructing datacentres. In the present day arrangement, datacentres could not be erected at the places of frequent blackouts. Apart from their power consumption property, the centres are also said to emit enough volume of Carbon Dioxide (CO2) that is not at all friendly to the ecological environment.

Microsoft is making its way to take an initiative in this regard. The Senior Research Programme Manager at Microsoft, Sean James in consortium with University of Sao Paulo has conducted a research titled, No more Electrical Infrastructure: Towards Fuel Cell Powered Data Centres. This research aims to discover new and efficient ways to generate power for cloud datacentres, cutting down the energy costs and maintaining an eco-friendly environment.

The proposed idea in this research is to integrate the racks, enclosing IT hardware and equipment, with hydrogen powered fuel cells. Fuel cells are not necessarily powered by hydrogen, these can also run on natural gas and bio gas. A fuel cell is composed of Anode, Cathode, and an Electrolyte layer separating the both. In hydrogen powered fuel cells, molecules split into Protons and Electrons at Anode. The protons pass through electrolyte while the electrons travel across the external circuit producing energy.

Let us come to the constructive effects of this development. Fuel Cells will notably pull down the power distribution complexity, as the power supply from cells to the equipment shall be quite convenient. The datacentres sustain these selves by consuming high volume of energy resources. With the fuel cells under discussion, the costs are likely to drop down. As the said fuel cells are reflected to control the amount of Carbon Dioxide (CO2) emission, this mechanism will help nourishing and preserving a friendly environment. With the ability to be run on bio methane (biogas), fuel cells can support and encourage the recycling of waste.

Considering the facts regarding the costs of operations, human contribution to the environmental damage, running out natural energy resources, and infrastructural costs for power supply, further improvements are required to meet the challenges of coming future. Apart from Microsoft, Google,  IBM, and Facebook are also searching out for convenient and inexpensive energy resources to manage their cloud systems more profitably.