This is the contemporary era, where diverse industries are integrated and coordinated with the help of technology; here is another update on this concern. NASA has just announced that it will be using Amazon’s AWS cloud service system to broadcast its findings and other significant information for the use of communities and researchers. The project is already been called with a name, OpenNEX.

NEX (NASA Earth Exchange) is a research platform based at NASA’s supercomputer facility in California. For years, the department is in function to carry out research activities and generate facts, figures and assumptions on world’s natural climate. This information will now be easily accessible through an agreement with one of the most recognized cloud services. 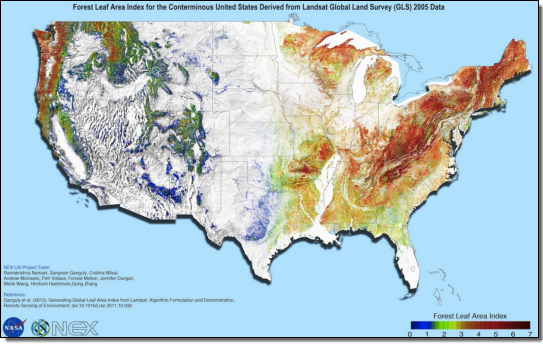 For this purpose, NASA will be occupying Terabytes of storage capacity to display the research data on climate and geoscience, along with high resolution and high definition climate change projections of US States. This data will include previous research papers in the line and other climate records and libraries. The step for getting on to the cloud was taken to overcome the immense financial and time costs to display such size of information.

As per plan, this partnership between NASA and Amazon is hoped to flick a wide association of climate research. In this context, NASA has already uploaded three sets of data (Climate Change Forecast data set, US Geological Survey data set, and Moderate Resolution Imaging Spectroradiometer data set). Some of the data integrated with this cloud system is said to already exist in Google Earth Engine project. However, Google is allowing only a limited number of research partners to accesses these data sets. The data can be accessed on the variables like temperature, precipitation, and forest cover.

NASA states this consortium with Amazon as an ‘experimental project’, as described by the Steve Cole, the public affairs specialist at NASA. Nevertheless, subscribing for 20 terabytes just for an experiment is quite a figure. Amazon has already made it public through one of its blog posts that the users and researchers are facing certain difficulties in the subject data. NASA and Amazon have claimed that the project will respond to the limitations in local storage, storage capacity, bandwidth, and power costs.

It is notified that Amazon is one of the most rapidly emerging cloud service providers in the world. Besides of having competitors like IBM’s SmartClound, Microsoft’s Azure, and Google’s Cloud Platform, Amazon Web Services (AWS) is making its mark by acquiring a number such high profile projects with significant weightage. Winning the bid for a CIA contract followed by partnering with NASA put the rivals in concern. Moreover, Amazon also hosts one of the most prominent and trusted on-demand internet streaming Medias, the Netflix. On the other hand, Dropbox that has been collecting appreciations for its services in cloud storage is also a client of Amazon.

It may take a while in evaluating OpenNEX, as it is the first week of its announcement. If the so called experiment project sets a benchmark, the hosts of this project might have more business in the pipeline.