When it comes to planning for natural disasters, there is no easy solution. Small and medium-sized businesses usually have an emergency plan in place, in the event of a natural disaster, to take care of their employees. But what about hardware and data? 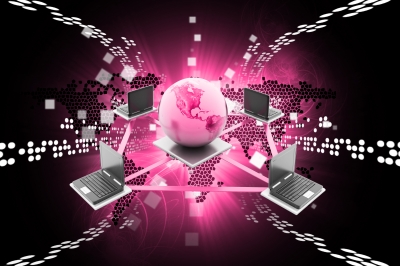 Cloud-based solutions are becoming a popular notion, where data could be housed for an indefinite period of time until such time as it could be restored to the server or business. There are many ways it could be done, such as remote servers, or putting people across the country in another location in charge of the critical information and hardware.

There is much controversy on whether or not a “cloud-based” solution is the best way to go to plan for possible disasters, perhaps the solution lies with some sort of hybrid model, utilizing the best of both worlds to complement each other. One way to deliver this would be to have a secure location for data at a separate location for the business, while also having a “backup system” in the cloud to rely on in the event the second location is also inaccessible due to the disaster or outage.

The Reality of Disaster Probability

It seems that we can no longer ignore the increasing probability of disasters in our present world. With the increasing threats of terrorism, criminal behavior, or natural disasters in our changing world, we cannot go on unprepared. The best solution is to combine some sort of real world data storage with the functionality and convenience of cloud-based systems, but employing the technology to work as a “standby” system in the event the real world systems are not operational.

The use of such avenues as internet radio, for example, where files could be uploaded to communicate with a global and local audience, might prove life-saving in terms of continuing to communicate, in the event real world systems are disabled.

The ideal solution might have a remote location with real world data backup in place, with specific people assigned to jobs in the event of such a disaster, and another location far away which could upload announcements or data to the cloud, internet radio servers, or other communications technology, in the event the land-based unit was destroyed or inaccessible.

Companies whose survival are based on the distribution of information and media, such as SMB markets are, cannot afford to lose critical data in the event of such a disaster. No matter how good the back-up plan is, there are always complications involving such important data and information. Both large and small businesses must work on a way to preserve the most data without sacrificing security. The most important step in restoring things to normalcy after the disaster is the transferring of data back to the mainstream computers, so that all can function normally again. This must be done with skill and precision so that data is not lost in the process.

If we combine our efforts with IT professionals and all of the innovative technology that is available today, SMB markets can continue to function and bring services to the public, even in the event of a disaster.

Sara Wells is a writer who blogs on behalf of companies like Protectyourbubble.com, an ID Theft services provider.