Computers as they exist today bear little resemblance to their ancestors. When they were first invented, the general public was hardly aware of their existence, and few people outside of the government or big businesses used them. Early computers had names like Pegasus and Colossus, and could barely fit in a large room.

Part of the reason these computers were so big is that they used vacuum tubes to regulate the flow of electrical current between computer components. In their documentary about the development of Silicon Valley, PBS’s American Experience team discussed the breakthrough that was the transistor. Because they were much smaller and more powerful — in terms of amplification of electricity — than vacuum tubes, the early transistors allowed for construction of smaller and cheaper radios, calculators, and also computers. Originally constructed of germanium, a small team at Shockley Semiconductor — founded by Nobel Prize winner William Shockley — foresaw silicon as the future of transistor technology, and thus the valley that bears its name was born. 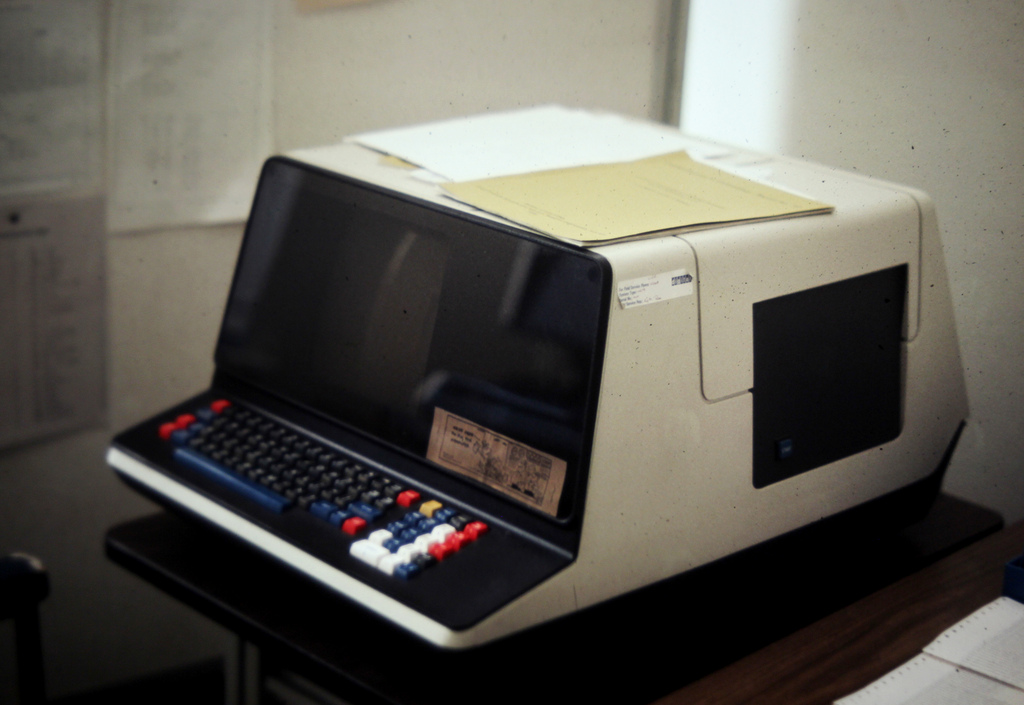 Out of silicon transistors, and eventually integrated circuits of multiple transistors called microchips, the modern computing industry was born. So what did those early PCs look like?

The Early Days of Personal Computing

Many attribute the birth of personal computing to the January 1975 issue of Popular Electronics. On the cover was a machine called the Altair 8800: it sparked a “mini computer” revolution. The computer came as a complete kit that was already tested. Prior to the Altair, computer hobbyists often had to scour multiple electronics stores to find a list of parts to construct a similar machine. Although by today’s standards it looks almost medieval — it didn’t have a keyboard or a monitor, among other things — the company that made the device (MITS) could hardly keep up with demand for their product. The machine had its own language and programming it was an arduous process of flipping switches to input binary code. It had 64 kilobytes (KB) of RAM, 256 bytes (B) of memory, and a central processing unit (CPU) running at 2 MegaHertz (MHz). Incidentally, the two people who wrote the first programming language for the Altair, called Altair Basic, were Paul Allen and Bill Gates.

After seeing the Altair 8800, and attending meetings of the now famous Homebrew Computer Club, Steve Jobs and Steve Wozniac got to work creating a self-contained, user friendly personal computer. 1977, after many prototypes and roughly two years of business, the Apple Computer Company launched the Apple II. The computer was ready to use right out the box, complete with a keyboard, monitor, and a removable floppy disk drive. The processor could have a total of 64 KB of memory, and it was designed with the flexibility to use either 4 KB or 16 KB RAM chips. The first models came standard with 4 KB of memory, and more could be added, up to a maximum of 48 KB.

For reference, the computer I’m typing on now has 4 gigabytes (GB) of RAM (~4 million kilobytes), 500 GB of memory (~500 billion bytes) and the processor runs at over 2.7 GigaHertz (2700 MegaHertz). Thanks to the early PC pioneers, and also to Moore’s law of increasing transistors, personal computing is now available to millions of people around the globe.