Xbox One cloud can be a real treat for game developers as it will allow them to develop games independent of console’s hardware. Microsoft stated that they will have more than 300,000 cloud servers to help take task loads of the GPU and CPU. Developers can use the power of cloud to create graphical masterpieces as they will not be restricted to the speed of the GPU. They can also create bigger games containing huge maps and areas for players.

Most of the Xbox One’s processing will be done through the cloud, so  nearly all local resources of the console will not be used. This may result in much better FPS during demanding cutscenes and particle effects. Shading and post processing can be tweaked and handled by the cloud to save the processing power of the CPU which can be used to enhance the enemies AI. 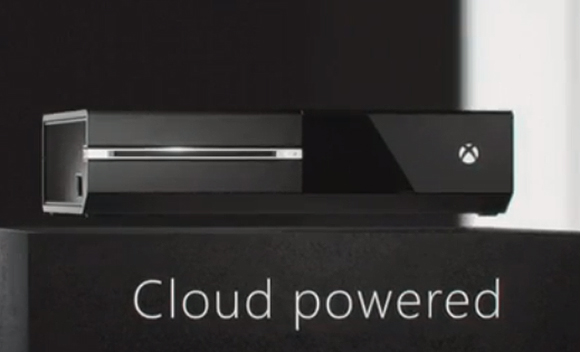 The Xbox Live feature is for online games and the cloud will help in making massive multiplayer games. As most of the multiplayer games rely on big maps and lots of players use a single server, the cloud can take the burden off the servers for their better performance. This will result in less lag and smooth gameplay, which is especially good for first person shooting games relying on input speed. With the cloud, big maps won’t affect the FPS of the games and players will be able to have better distant terrain views. With tessellation, the detail of these terrains can be enhanced further which may result in even better terrain for MMO games.

Most gamers complain about the lack of intelligent AI and why some of the enemy’s AI behaves stupid. Microsoft aims to put an end to the AI trouble by giving developers a chance to utilize all the cloud’s power to process complex AI functions. With the new utility, gamers will feel a real challenge whenever they face AI controlled enemies. So, future Xbox One games will have intelligent enemies, which will punish players if they don’t play their game well.

The big thing about the Xbox One cloud is that games will never get old. As most of the resources of the game will be on the cloud, developers can release patches and updates of the games without forcing players to purchase or download the updates manually. They can also keep a track of any bugs that can occur while a gamer is playing and release a fix once they have one.

With the update feature, games will automatically update themselves as you wish to play them. Developers can also release new maps and game modes within the cloud, which the game can automatically utilize when gamers boot it. No longer will gamers have to wait for an update or patch the games manually as it will be handled entirely by the cloud.

The Xbox One cloud may change the entire gaming industry according to Microsoft.