Amazon wasn’t the most suitable candidate for winning the landmark CIA contract. The Central Intelligence Agency, an organization whose data is understandably the most exclusive and protected in the world, asked for bids last year from companies. The bid was to provide the agency cloud-based infrastructure. Considering the magnitude of security required for such a task, longtime government contractors and software/hardware behemoth IBM etc. were the mostly likely choice. 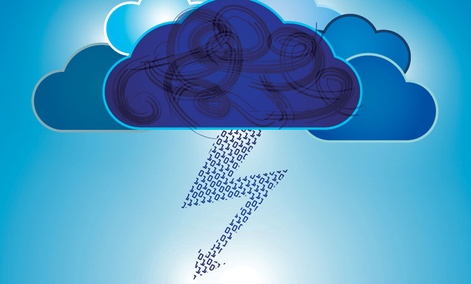 IBM’s irk on the news of Amazon.com or specifically Amazon Web Services winning the $600 million contract was somewhat expected. IBM alleged that CIA didn’t properly analyze IBM’s bid, this notion was seconded by General Accountability office which scrutinized the contract. In light of the events, Amazon is bidding again for contract while also taking the matter of reopening the bidding in federal court against CIA. Winning the contract and irking IBM was a milestone achievement for Amazon’s AWS, the division which was launched in 2006. This division provides services such as data storage leasing and computer server time to businesses to run their infrastructure.

AWS is a multibillion dollar money minter for Amazon that approximately makes $3 billion in revenues per annum as per analysis reports. The services offered by AWS drastically reduce the overall infrastructure cost which would otherwise be incurred if the organizations owned and maintained their own computers. Since its inception AWS has been recognized as one of the leading services to offer cloud based solutions to companies. According to a new report, AWS is “undisputed market share leader” with more than five times the combined capacity for hosting various solutions than its competitors.

The CIA contract would be an entirely different ball game for AWS as it hasn’t in the past provided cloud based solution that required ultra-high data security.  Disdain is shown towards AWS by competitors and few corporate tech buyers which still categorize AWS, as Tech services provided by an online book selling company. These entities deem AWS incapable of catering to the demands crucial for hosting government agencies and companies whose data is ultra-sensitive and confidential. Securing the CIA contract would indefinitely put the doubts about Amazon’s cloud based strength and versatility to rest. This makes procuring the contract much more important for Amazon. If the country’s top covert agency is willing to put its most secret information on AWS (AWS will also secure the network for CIA) then other customers will also follow and deem it as a reliable solution for themselves.

IBM’s dismay is quite understandable as it’s angling to secure a very lucrative government contract. IBM is also feeling intimidated by AWS foray into cloud computing and wants to slow its progress down. Before Amazon’s AWS, cloud computing vendors were limited to select few companies like IBM, which instead of renting,  were selling the hardware and software for running core business operations.

Contrary to Amazon, IBM has extensive history of successfully delivering projects like this for the U.S government as declared Clint Rosewell spokesman for IBM.