Cloud computing has gone on to become the biggest technology disruption ever the world has transitioned from and that is from the mainframe to client-server computing network. As a result, it is transforming the manner by which businesses and consumers are taking advantage of technology.

However, in the recent past, cloud computing has got shrouded in some myths that are keeping them from boosting their productivity with its use. 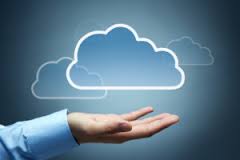 Fact: Actually, cloud is an integrated stratagem that covers as well as connects both public and private clouds. A lot of businesses believe that they must take a stance and choose either of the option – be it private or public clouds, for themselves.

In its truest terms, the most appropriate cloud strategy is the one that takes advantage of the best from both the worlds, i.e., private and public cloud technologies. This, they should do while continuing with complete inter connectivity, flexibility and 24/7 access.

Myth No.2: Cloud does not Refer to Server Virtualization.

Fact: To debunk the myth, cloud is, in reality, a group of purpose-oriented architectures. Even though server virtualization can be considered as a major component in a cloud computing setup, yet it is something that isn’t mandatory at all. There are some prominent cloud organizations that undertake huge cloud deployment in absence of it.

Myth No.3: Cloud is not in a Locked-in State.

Fact: It is actually about broad and open source option for the businesses. In this case, businesses aren’t obligated to opt for a single, all-in-one, proprietary solutions, but rather they’ve got the liberty to choose flexibility in order to imbibe the most suitable virtualization plan for hardware, networking and storage solutions to fulfill their requirements.

One of the main advantages of an open, no-lock-in server architecture is that it permits the businesses to run more than one hypervisors, incorporate various storage as well as networking topologies. Moreover, such a standalone IT infrastructure will provide support as far as their obligation to keep pace with the industry standards are concerned, say for example, Amazon web services’ API.

Myth No.4: Cloud isn’t a Place or Location.

Fact: Few selected businesses have been found speaking about adopting cloud computing as if they’re relocating to a new city or house. However, to say the truth, cloud can practically be anywhere and everywhere!, be it a standalone data centre or a hired one.

Simply speaking, cloud provides better agility and is equally efficient mode of providing, adopting as well as consuming Information Technology or IT services.