It is most probably that in the very moment in which you bought an iPhone 5, you did not consider that it could affect the environment in any different manner. The truth is that charging your phone does not lead to catastrophic changes in climate. Actually iPhone 5 battery costs are minute compared to another bigger issue. The popular Cloud that Apple has advertised as the new way to keep all your data in one place seems to take its toll on the way energy is consumed. 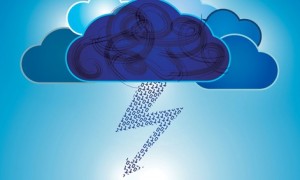 Storing a large quantity of data involves keeping it on certain servers in a certain physical space. These data centers consume a lot of power and they have to fuel millions of users every single day. The success of iPhone 5 is linked with the possibility of Internet access everywhere in the world and with the guarantee of wireless connection. This is not a bad thing, just that keeping the system going is actually very demanding. Recent studies have confirmed that 10% of the world’s energy is used for communications. This is quite a significant amount that should make people think about the consequences of their actions.

Presently the greatest amount of energy that is consumed on Earth is made through burning coal. This fossil fuel is really cheap and it has great efficiency. The downside of this action is that it pollutes a lot and it can lead to an increase in the global warming process. The sad thing is that renewable energy seems not to be that cost efficient. The fact is that the new and green energy may be here to stay, but harvesting it seems to take its toll on nature. Establishing solar or wind farms takes up a lot of land and it is not that efficient. The valid solution is to actually manage to develop new technologies that will ensure the high consumption that is to come. Even if people are told about the high figures, they are reluctant to give up their Smartphones just to save the planet.

The Apple Company proves one more time that it is conscious about the problematic issue of power consumption and production. The officials of this company have declared that it is in their best interest to find a totally new way of actually improving the power production. They state that they are on the brim of discovering something big that will change the way that the Cloud is administrated. Meanwhile, things will remain the same and people’s commodity will have to be paid accordingly.

In some cases bigger is not usually better, but it is in the human nature to want to evolve as much as possible. It will be nice if people would start considering the environmental issues more and they would join forces in finding alternative ways of producing energy that does not affect t nature. This is the only way you can enjoy your iPhone 5 without feeling guilty that you destroy this planet.

Danny is a tech enthusiast and a blogger who runs a blog where he publishes latest reviews on gadgets like IPhone 5, Samsung Galaxy 4. He recently wanted to buy iPhone 5 on sale and found Why Buy Apple Website from where he got the exact information.