As the official launch date of PS4 hits the door, more and more facts are starting to dwindle in the capacious nut and here we are again in the cloud. The real power of cloud computing has again depicted itself in the gaming industry. The race for the cloud based gaming consoles is touching some new heights as the world leaders in the gaming industry have announced their next generation gaming consoles to be cloud supported.

As PlayStation 4 release date is imminent, Sony is keen to reveal the cloud capabilities of its next generation gaming console. Sony has already revealed that it will use Gaikai cloud gaming service in PS4. Gaikai is a cloud-based gaming technology that allows users to play major PC and console games using the cloud computing services along with efficient gaming experiences. This technology powers advanced video game promotion system that sends deals for video game publishers through online presentations of games and software utilities. 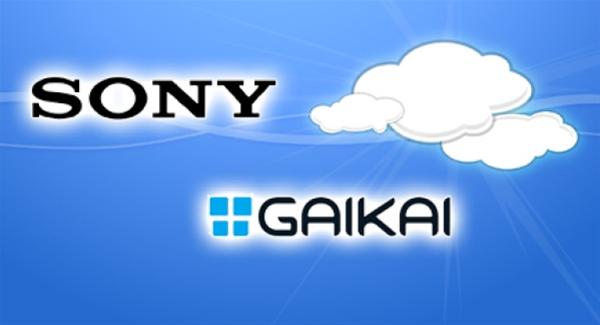 Sony’s infrastructure lacks the backward compatibility, which is the key factor in the inculcation of cross platform and multi-version game playing. Gaikai’s cloud services, equipped with state of the art backward compatibility service uses the cloud based legacy systems approach to let gamers enjoy the titles launched for previous versions on Play Station.

Gikai’s capable cloud lets gamers to stream the game on the webpages based on native machine support without the need of any in browser plug-in and other complex pre-requisites. The data center of Gaikai cloud is backed with in-house support for hot swapping, a useful technique for managing the live stream based systems.

PlayStation 4 has the edge because of the strong and cogent Gaikai cloud services. Gaikai’s open platform Ad based network service allows gamers to share their gaming experience based on cloud live feeds on different social media platforms. The Gaikai cloud works on machine independent architecture in which the Google Native Client (NaCl) support is embedded for the real time streaming of the games from the cloud. Players can download the PS4 games in the form of chunks and play while the downloading process being in progress at the backend.

Gaikai’s cloud-based gaming service is backed with its strong affiliate network, which consists of thousands of subscribed users, thus reinforcing the capabilities of the Gaikai’s cloud. The cloud based DualShock 4 sharing option allows gamers to save the game progress and share them at different social media platforms. The remote gameplay integration between PS4 and PS vita is another depiction of the colossal capabilities of Gaikai cloud. Cloud services and streaming will enable gamers to play the games remotely and they can switch the TV off anytime and resume the game play on the handheld device. Capacity to offload the compute intensive calculations on the cloud is a key factor in the Gaikai’s reduced latency. The Gakai Cloud gaming service is likely to extend the capabilities amid the updates in the later versions.