Cloud computing is in cross hairs in Europe! Or more specifically cloud computing contracts. The compositions of cloud computing contracts for Europe are to undergo strict evaluation by a team of experts. The important even transpired on Friday when European commission, the top law making body for European Union, sought out nominations for people. These nominees will hail from industry, academia and other relevant walks of life and would be making up the new expert group. The main responsibility and task of this group would be to forge a new transparent and comprehensible contract model. 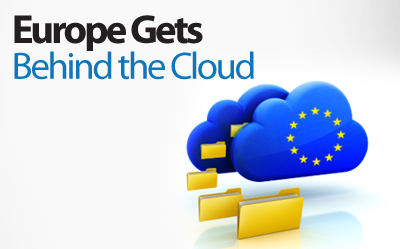 This drastic measure comes in the wake of the recent spy debacle in which a former top operative of USA intelligence agency revealed the existence of detailed programs being run by USA. These programs covertly monitor data centers containing the information of European businessmen and businesses. The revelation came as a rude awakening call for Europe which relies on USA cloud computing vendors to provide around 95% of their cloud clusters.

Users don’t often completely comprehend the terms of their contract. What they are purchasing and what should they expect for their cash. People shouldn’t be law experts to fully realize the implications of what they are signing up for. This was declared by Neelie Kroes who serves as the Digital Agenda commissioner on the panel.

Cloud computing adoption is not very easy decision to make for small scale firms. They hesitate because of the legal implications involved, which might or might not be completely understood by them. Other apprehensions are being locked in and becoming too reliant on the vendor. Kroes wrote on her personal blog: companies don’t want to risk running afoul of foreign legislation and facing foreign courts in non native languages. They don’t want to expose crucial, critical and confidential business centric data to security breaches and unauthorized access, as this may prove to be disastrous. Companies are not willing to incur hefty legal consultation fee to learn the ropes on a case to case basis.

The forging of model contract terms was one of the four crucial objectives of the commission’s cloud computing strategy, made public last September. The other goals include: lying down technical standards, a certification plan for service providers and promotion of cloud computing and its adoption in public sector. The commission wants to construct “secure and impartial” contract terms which include service level agreements. The commission is of the opinion that many ongoing unorthodox contracts save cost for the provider but are often not what users are looking for including the final end users. The newly formed expert group will specifically put emphasis on personal data protection aspects necessary for cloud computing contracts. It will define a model that takes into consideration both the parties involved and work for them.

Forging ironclad contract law is an integral part of our cloud computing strategy declared Justice Commissioner Viviane Reding. Exploring the full potential of the cloud could give birth to around 2.5 million new jobs in Europe and contribute around one percent a year to EU GDP by year 2020.