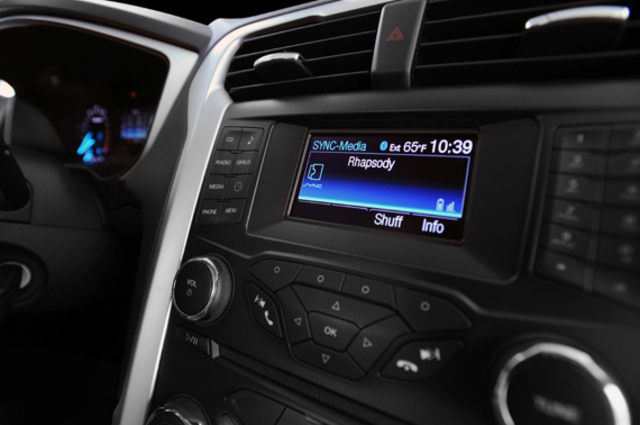 Ford is expected to reveal the new in-vehicle voice command systems by combining its Sync AppLink with Amazon’s Cloud Player ? at the Consumer Electronics show on Monday. Though the news may come to some as a tech savvy move by Ford, in all fairness, this new system can permanently replace CDs as a mode of listening music in cars.

Although Amazon’s Cloud Player is widely used by individuals as it allows you to store up to 250,000 songs for just $24.99 per annum, this will be the first time the system will be integrated into cars. There is always the option to play music via Bluetooth on your phone, but since all features aren’t shifted to the car’s system, it may cause a distraction to the drivers.

The two companies are joining forces to optimize the system for cars and believe the solution to be viable. The Ford Tech spokesman, Alan Hall, said, “Our theory is that you already have your phone, let’s make it work as well as possible in the car.”

In an interview, Steve Boom, VP Amazon MP3, explained, “The whole premise is that once you have your music in the cloud, you can access it anywhere and anytime on any device without syncing or downloading. If you just want to listen to a playlist, the current in-car solutions are fine, but searching for your music on your phone while driving isn’t very convenient or very safe. What we’re doing here is making it easy to use voice commands.”

The system will allow drivers to call up the playlist and play the songs of their choice, just by pushing the voice button and accessing the ‘free phone-based Cloud Player app’. However, it won’t let drivers retrieve individual songs by voice commands.

It is expected that all the latest models by Ford in 2013 will be equipped with this system. Global director of Ford Connected Services, Doug VanDagens in an interview said, “We think this is one of the ways people will listen in their cars, though they’ll still want to sample new music through satellite radio and other sources.”

One thing’s for sure; CDs are no longer going to be a standard auto accessory. VanDagens says, “It’s trending downward, but there are still many older customers who can’t handle a smartphone. I don’t think the CD player will be completely gone in five years.”

However, there are issues with storing music on the cloud e.g. library with huge amounts of data take considerable time in uploading. Also, the procedure is not very user-friendly.