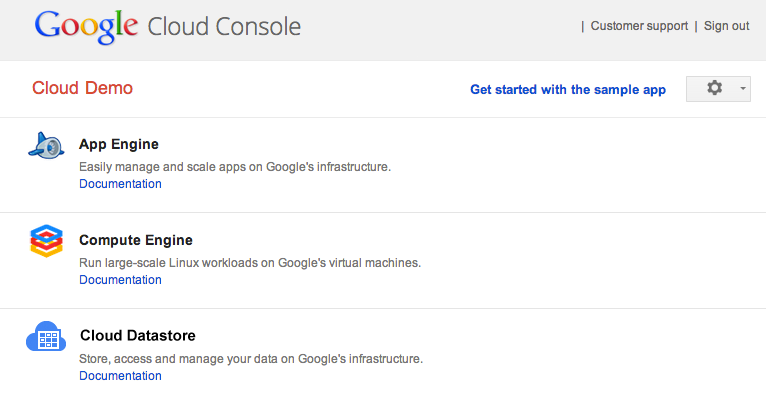 Google has introduced a new set of services related to computing and data storage that will also support its search engine and other applications.

During a developer session on the Google Cloud Platform, company’s senior vice president of technical infrastructure Urs Hölzle, announced the expansion of Google’s App Engine service and Google’s Cloud Datastore, which received great appreciation from the audience. After new changes, Google’s App Engine can offer its support for applications written in PHP, and its Cloud Datastore can support applications running outside the Google cloud as well.

The new changes have brought Google’s public services in competition with Amazon Web Services and other public cloud vendors. Google has also introduced its cloud infrastructure to a huge audience. The amalgamation of new services with Android development tools and the rest of the Google network can make it a one-stop shop for mobile coders as well as for web developers.

With the integration of PHP scripting language into the App Engine, Google on its cloud can now host web applications, and also utilize its App Engine’s auto-scaling feature to respond to the heavy traffic flow. The improved App Engine will now be comparable with Amazon’s PHP support, Elastic Beanstalk, and is currently available for  limited preview. Google will support PHP environment in the App Engine itself, and the offerings could be packed  with Google’s Cloud SQL, a MySQL implementation by Google.

Google’s new PHP support offering can cause many shared hosting services suffer, as without a service level agreement, small PHP sites can run on its cloud, free of cost.  While the Cloud SQL is open for everyone until June; it may be priced at a few dollars per month for low-end websites.

With a limited preview of App Engine, Google has compartmentalized the applications, letting them share data stored in a data store or in memory cache, into components that can be deployed and managed independently.

Though Google already has its Cloud SQL database, but with the launch of the new Cloud Datastore, a NoSQL database is now added into its collection. The new Cloud DataStore can now directly contend  with Amazon’s storage service S3. It can connect with any application through HTML interface, and is imitated across several Google data centers to ensure greater availability and protection in case of data loss because of an outage. As per Hölzle, the Cloud Datastore is backed with Google’s proprietary data store ― BigTable, which is used as a storage backup for Google apps and services. Hölzle claimed, “It currently serves 4.5 trillion transactions per month,”, however now as a service it can be used anywhere.

The Cloud Datastore can support infinitesimal transactions, and for data reads and writes, it offers greater availability. Though it is NoSQL, it can support SQL queries using Google’s Cloud SQL and is similar to other NoSQL data stores, i.e. Amazon’s Dynamo and Hadoop, it has “eventual” uniformity, meaning that changes are in time spread via replication. Google Cloud Datastore can also be used for ACID support, which makes it suitable for web transactional systems.

The success and failure of the new additions in Google’s cloud purely depends on how developers respond to the new offerings, and how well Google does its job in making the additions appealing.