Setting new cost-related trends in the extremely competitive cloud computing market, technology giant Google has unleashed its latest pricing details during its Cloud Platform event in San Francisco, incredibly reducing the rates of almost all of its cloud services. By abolishing some additional costs and consolidating others, the California-based company has made its price structure quite simple and attractive.

While there has been a price reduction of 32 percent in all regions for Google Compute Engine, the App Engine costs are dropped by 30 percent.

The cloud storage fees have been reduced 68 percent to merely $0.026 a month for a gigabyte and $0.2 per month for a gigabyte/DRA. The tech firm has decided not to tinker with the price structure of Cloud Datastore and Cloud SQL for the time being. However, I think Google will soon drop down the prices of these services too.

You must be aware that heavy pricing has been one of the major reasons why organizations around the world are reluctant to adopt this technology, although it is much more convenient and efficient.

Google already had cheaper cloud rates comparing to its major competitors such as Amazon, Dropbox, Microsoft, etc. and by dropping its rates even further it has rung alarm bells for all cloud vendors. 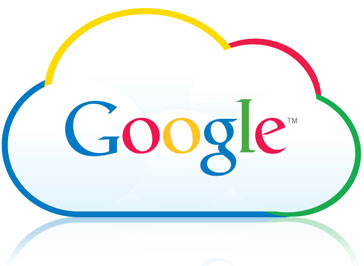 The largest price drop, 85 percent, has been witnessed in BigQuery, Google’s database. Interactive queries, which used to cost $35/TB will now be available at only $5/TB, and instead of $20, Batch queries will cost just $5. I am sure you would be as stunned as I was when I first got to know about the new prices. However Google, over the years, has established itself as a trendsetter in the world of technology, and I believe this step will take cloud computing to new heights.

Public cloud has plunged only 6 to 8 percent for a year, but the most attractive thing for you, being an individual user is that the hardware prices are dropped down 30 to 45 percent annually. You can definitely expect the prices for public clouds even lower in future.

Google is offering big discounts to users having massive workloads throughout a month. The company will provide ‘on the platform discounts’ to developers who use the services for a sustained period of time. This to me sounds much more attractive than going into the hassle of pre-paid or reserved packages.

After the first quarter of a month, these discounts will start coming into play, and with the passage of time they will get bigger. At the end of the month, the prices will be reset and the same cycle will repeat next month. These discounts, however, are not limited to people who use Google’s cloud services regularly, you can avail the discount even if you use the service in two different weeks of a month.

Considering the level of competition among Google, Amazon, Microsoft and a few others, I am sure we will also witness other cloud companies offering cheaper services to sustain in the market.