Microsoft has made its popular Office suite available for iPad users and having closely monitored the company’s demonstration in an event in San Francisco, I think the product will work as good on iPad as it does on a Windows computer, tablet or Macintosh machine.

If you are an Office 365 subscriber, you can add your iPad in the deal and test it for a few days without paying anything.

It was already reported in the market a few days ago that Microsoft was going to announce its iPad program, and due to various rumors, the company’s stocks were negatively affected. However, the shares were back to the normal within hours of the announcement.

This may not sound a major news to some but the matter of fact is, the recent revelations underline Microsoft’s change in business strategy. Instead of defending the Windows ecosystem against the world, the new management under the leadership of Satya Nadella, the Chief Executive Officer (CEO), has adopted a Mobile First/Cloud First policy, in their effort to make all Microsoft products compatible with every platform.

Nadella was appointed as the Microsoft CEO in February, replacing Steve Ballmer. Since taking over the role, the Indian born entrepreneur has made a notable impact on company’s policies. 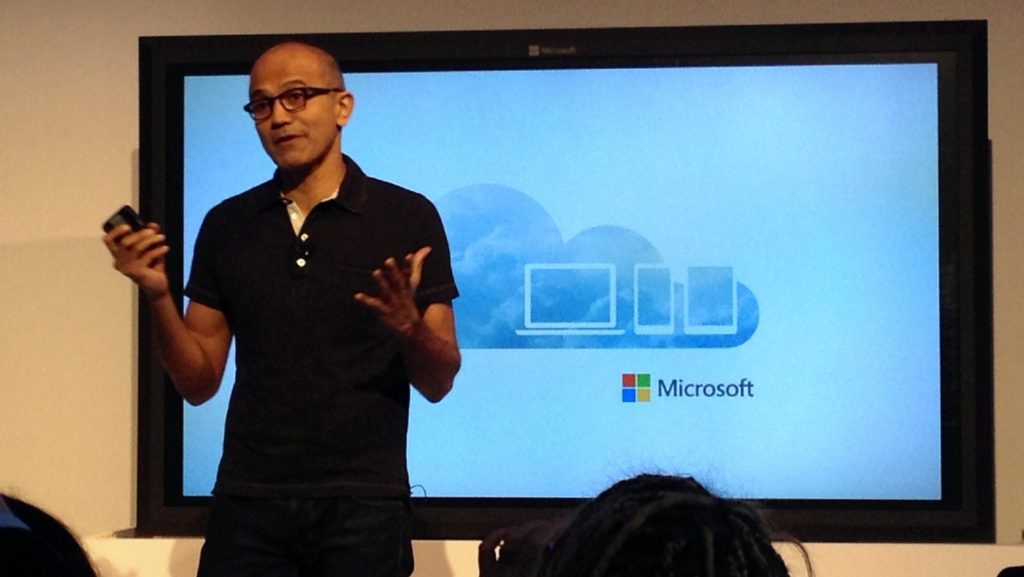 Another crucial announcement in Thursday’s event was related to data security threats in cloud computing and mobile device management. On May 1, the Redmond-based organization will reveal Enterprise Mobility Suite, a software package that will help corporate sector manage their devices better on multiple platforms such as iPhone, iPad, Windows, Windows Phone and Android machines.

While increasing number of companies are rapidly adopting cloud, some online security gurus do not consider this technology secure. They are of the opinion, it will only invite black hat hackers to make a mockery of the Internet population.

Some parts of the package like Windows Intune and System Center are already available in markets. The former allows governments and other organizations gain information about how people’s devices access networks and the latter helps customers’ access to preferred applications conveniently and also to manage servers and PCs.

Apart from showcasing Microsoft’s future direction, this announcement also highlights the increasing level of competition in the cloud market between the tech giants such as Amazon, Google and others.

In the battle of supremacy among major cloud service providers, end users are benefitted. Google recently dropped its cloud’s prices and I expect Amazon, Dropbox and Microsoft to also lower down their charges in the coming months; otherwise, Google may just run away with the show.

A drop of about 30 to 40 percent of its prices, Google’s step will also affect smaller cloud service providers, as many people would opt for Google due its reliability and the brand name.

Although there are a few concerns related to cloud computing, it is flourishing by leaps and bounds, and according to various business growth analysts, the industry will be generating about $20 billion per annum by the start of next decade.