Robotics is becoming increasingly popular in the workplace. Some companies are beginning to use it to automate tasks. For example, Amazon has been using robots to do laundry and other tasks for years now. The company is also beginning to use robots for construction. However, there are many, many other industries that are utilizing this growing field of technology.

The Benefits of Robotics in the Workplace

Consider the benefits that robotics offers your business. Modern robots are capable of carrying out complex tasks, such as cleaning, inspecting, and sorting items. While they are a big upfront investment, they generally cost less to purchase and operate in the long term than traditional methods of production. They can take over many lower level jobs. Rather than paying each employee’s paycheck and benefits, machines take care of the work. Because of this, you can focus the budget for employee earnings on employees with more specialized skill sets.

Robots are also a great way to increase efficiency in your company. Machines can perform multiple tasks at once, giving workers the ability to focus on one task at a time so that they can concentrate on their work without being distracted by others or going over their workloads again and again. In addition, robots have been shown to improve employee engagement.

How Robotics Is Being Used in the Workplace

It’s becoming more and more common for companies to make the shift from manual labor to automation. According to a global study, over 30 percent of companies have completely automated at least one business function.

Of course, you don’t have to automate your entire business. You may realize though that automating certain tasks could benefit your existing workforce.

One of the biggest advantages of utilizing robotic technologies is how flexible and fast they are at doing repetitive tasks that are tedious or time-consuming for human employees. If you’re looking for an easy way to reduce the amount of time it takes you to do certain tasks, look into implementing some kind of robotic device into your workplace or office environment.

Industries That Are Utilizing Robotics in Their Work

Robots aren’t just a future idea. Many industries are already using them in their work, and have been for a while. Technology changes both how professionals work and how customers expect to be served. From farming to manufacturing and healthcare to education, a particular industry may soon be completely automated.

Car companies have been using robotics for decades to assemble complex automobiles. Because cars are such complex machines, they require a high degree of precision in their construction, which humans just aren’t able to reach as consistently as robots.

In manufacturing and assembly, welding robots are especially useful. Welders are in high demand, and there is a shortage of them in the workforce. Because of this, many are turning to robotics to supplement their workforces. Companies, like Hirebotics, offer welding robots and teach current welders how to use them. In addition to freeing up your workforce for more sophisticated jobs, it also helps your employees keep up with changes in the industry.

In 2012, Amazon bought the robotics firm Kiva Systems for $775 million. The company’s robotic arms have helped Amazon gain sales in its popular home delivery service by automatically sorting and packing items straight into customers’ homes in as little as an hour or two.

As robots become increasingly advanced, companies like Amazon are beginning to see their use extend beyond just improving efficiency within their warehouses and factories. They’re also beginning to see robots used beyond retail centers—with some scientists even considering putting robots on space stations. After all, astronauts are both difficult and expensive to care for. All food and water has to be deployed, and there are innumerable calculations that have to be done for each mission just to keep astronauts healthy. Meanwhile, robots require no food or water and much less room. They can also be used to make difficult or dangerous repairs that could put humans at risk.

While you shouldn’t expect to see a robot surgeon any time soon, your surgeon may be using robots to make their work easier. There are systems that allow surgeons to control instruments that are much smaller than what they would usually be able to work with. This allows for less invasive procedures and potentially shorter recovery times. Additionally, robots are used to assist in patient care. For example, they can help nurses get patients into and out of bed.

Perhaps you think that technology and plants don’t go together. But in this case, they do. New robots are being used today in pruning, weeding, harvesting, and watering. They’re also used to detect and manage pests to prevent disease from affecting crops.

Robots have been a part of the workplace for decades now, but they’re just getting started. They are now coming into their own and entering the industries we depend on every day. The advent of robotic technology is being a great benefit to many industries, but it may take some adjustment for certain companies. Look to see how your business could benefit from robotic automation, and research what adjustments you might have to make to make this move a successful one for you, your employees, and your customers. 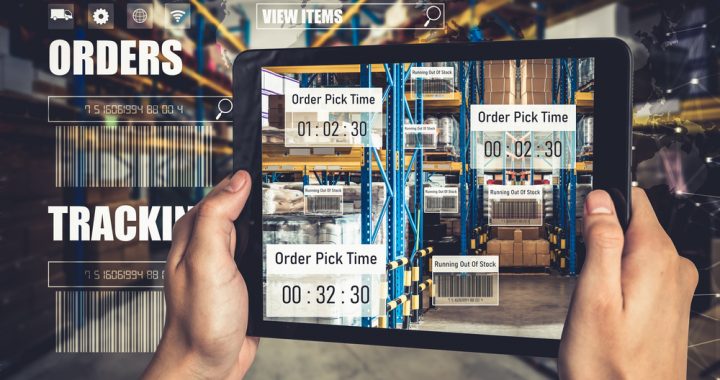 3 Ways To Transform A Warehouse With Connected Technologies