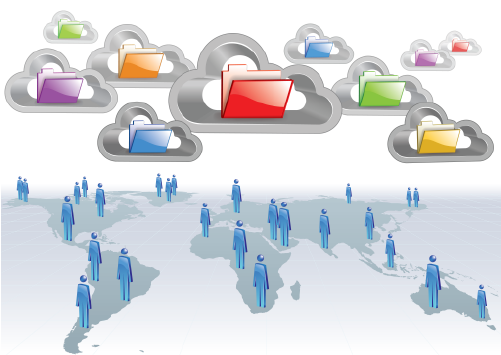 What are the core ingredients for a startup to successfully attain liftoff? A feasible and workable business model, valid technology and skilled team of industrialists! Startups also need to ensure that a meticulous schedule is adhered to.

During the big science conference in San Jose this week, the executive director of Linux Foundation Jim Zemlin made a very relevant statement during a panel discussion, “Operational competitiveness is the new dividing line between the success stories and also-rans in cloud computing and Internet services”. Companies rendering cloud services must be in possession of a novel idea but more importantly they must root out nuisances like downtime, bothering subscribers and divulging confidential data. This is the layman’s version of what Mr. Zemlin was declaring.

“The barrier to entry is low but getting to scale is a new bar into the game of success,” he further added. “A new bar of success is operational excellence.”

Mr. Zemlin’s anecdote was further seconded by Allan Leinwand, former Zynga employee and now CTO of platform development at ServiceNow. He quoted the example of his former company, which opted to host their games locally but soon found the measure inadequate. The procurement of servers from Dell couldn’t be done speedily and it made them lag behind the incoming traffic. To cope with the situation, Zynga finally availed the services of Amazon Cloud.

But Zynga wasn’t out of the woods yet. Even shifting to Amazon cloud didn’t come up to expectation, as it couldn’t provide the magnitude of services required by Zynga. The company reverted back to its original and initial settings but kept Amazon as a means to dissipate traffic. “A public cloud is like a four-door sedan,” Leinwand quipped. “You come to a point where you need a specialized cloud.”

Leinwand and Zemlin were of the opinion that pursuance of better options has started to effect other fields like recruitment as well. If a candidate knows his or her way around fundamentals of networking and possesses knowledge about storage systems, the chances of getting selected are almost doubled.

It’s an astute observation which sparks the age old debate prevalent in Silicon Valley: what’s more important? Hardware or Software? According to developers and coders, software is of the utmost importance. Hardware can be procured for free. To further cement their argument, an example was quoted that cell phone companies give away their products to land service contracts. Even Google has gotten in the act and is now producing low cost laptops in collaboration with Samsung to reel customers into availing their services.

As for their part, hardware proponents declare that laptops might be manufactured for cheap prices but the same can’t be true for data centers. Hardware Architecture or absence of it has played a pivotal role for success or failure of many organizations. Friendster couldn’t keep themselves afloat because of operational inadequacies pointed out by Zemlin. Facebook has done exactly the opposite of Friendster and continually upgraded, fine tuned and revitalized it’s behind the scene operations. This resulted in reduced latency, boarder search horizons and reduced power.