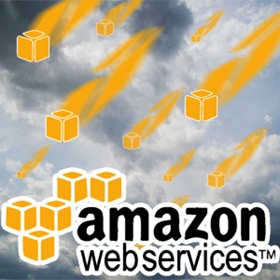 Datacenter situated in North Virginia goes through another episode of connectivity issues. Resellers of Amazon Web Services (AWS) utilized the social networking medium Twitter to apologize to their own users after the company’s Elastic compute cloud (EC2) service in North Virginia went through another bout of network connectivity issues. Among those who were hit by this abrupt outage, Cirrus Insight; a salesforce app developer and cloud based javascript platform; Cloud9 IDE are mention worthy.

According to Amazon, the problem was being investigated in its cloud around 2:08 am PDT. Later on, an update to the investigation revealed that the problem, which was due to elevated packet loss, was started an hour earlier. Amazon claimed, the problem had been fixed by 5:17 am PDT but even after 30 minutes of this official announcement, some users were found reporting inability to avail the services.

This is second spate of problems to have hit this datacenter, which was rendered inoperable by storms mere three months ago. During the same month, the cluster developed some glitches which caused some clientele loss to the company. The most recent issues to affect North Virginia site and render some services unavailable included CloudSearch, CloudWatch, Simple Email Service, SNS, SimpleDB, Cloud Formation, Elastic beanstalk and storage gateway offerings.

“Cloud is growing so fast and the whole thing is so new … so it is bound to have teething problems. It is great and most of the time it works, but you need to make sure you have your backup plan, like how with electricity you have your candles in case the lights go out,” Davies said.