The fast and affordable WD My Cloud has been released and offers a variety of features that make it a good entry level network cloud storage service. It is intended for home use only and is developed by Western Digital to compete with the Seagate Central.

Seagate Central and WD My Cloud cost almost the same. WD my cloud is a network attached storage server which comes with its own network device. The device supports personal cloud function and has a USB 3.0 port. The USB port is for backup and external storage devices.

WD my cloud comes to the market at around $150 and gets you 2TB storage space. For home use, 2TB should be enough. Customers can buy a 3TB version for $180 or a 4TB version for $250. It still remains a single volume network storage device. 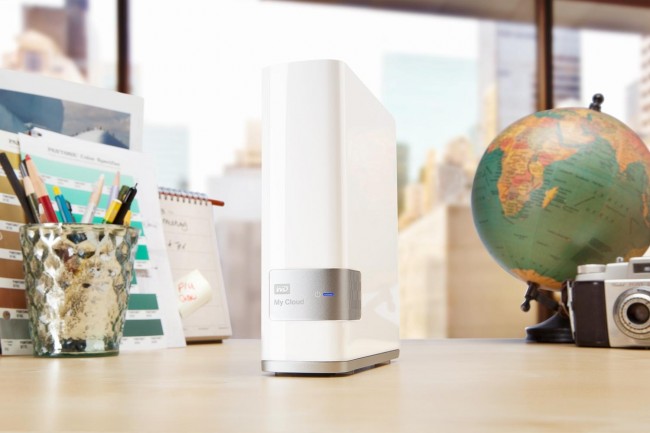 Since WD is based on home NAS servers, there are elements that make it very similar to previous devices. It looks like a book and has a 3.5 inch internal hard drive for storing data but isn’t user-serviceable. The device is a little bigger than a standard desktop hard drive, so it is very small.

The device is equipped with a blue LED light. It turns and stays on when it is powered. It flashes to let users know that data is being transferred. The device comes with its own power adapter, which is of very high quality. A quick setup guide and a network cable is also part of the set. Setting up the device is easy and doesn’t require a lot of tech knowledge, however it requires a power source. After connecting its adapter to the power source, the only other thing required is a connection to router or a switch.

By default, users get to choose between Public, Time Machine backup and Smartware public share folders through the device. The Public share folder is used for storing public data. The other two are used to backup operating system files and data. Windows and Mac files can be backed up using these folders.

After the device is successfully connected, it will become instantly available to all devices that are present on the home network. Users of Windows operating system will be able to copy and paste data or browse through folders like they usually do. Mac users will be able to view My Cloud; as a destination for Time Machine backup and My Cloud in Finder. A WD TV or other DLNA-enabled network media player device will be able to use My Cloud, as it will instantly appear on it as well. It can then use the data on My Cloud for streaming.

For mobile devices, My Cloud is available as an application, and the mobile can use My Cloud services as long as the mobile stays within the local network. The mobile application still has optimization issues, but most probably they will be addressed in the near future.