The recent Azure Cloud updates are Microsoft’s effort to get back into the race of cloud computing services and they seem to be quite serious about beating their competitors with the new additions. The company is refusing to be brought down to the ground by the current dominators and is using every ounce of strength to get back up to challenge them. The updates were announced just recently and are designed for enterprise customers with focus on cloud-electric services.

The new updates and services will be available immediately as announced by Azure vice president Scott Guthrie. Microsoft has released the first ever backup service for Azure by the name of Windows Azure Backup Service. This new service will be extremely vital for enterprises handling sensitive data and information. 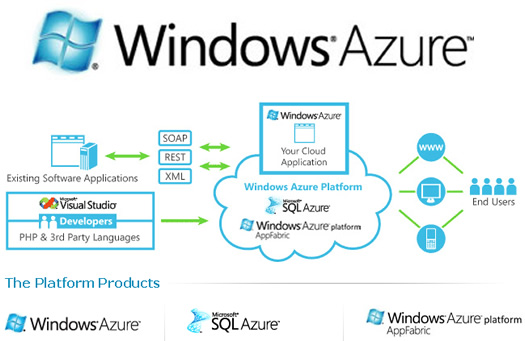 System Center Data Protection Manager is another service that is launched as part of the updates. As the name states, the service will allow more control over data in the cloud so enterprises can protect their data more efficiently. Windows Server Essentials will work with Windows Azure Backup to provide maximum control over storage and backup within the cloud along with off-site data protection for enterprises that work on Windows Server.

Data privacy is something that Microsoft has paid a lot of attention too according to Guthrie, especially after the Edward Snowden incident. Since that incident, most enterprises are reserved about using cloud services because the government can demand data from the providers. They are afraid that the U.S. Government might be putting taps on cloud services to gather intelligence. Big companies like Apple and Google were also affected by this, but Microsoft has assured its users that their private information is never shared with another party without their permission.

A preview of the Windows Azure Hyper-V Recovery Manager (HRM) was also launched with the updates. The service offers complete to partial recovery of all data that exists within a cloud through asynchronous replication. It only works for customers using System Center Virtual Machine Manager 2012 SP1 and R2.

The Azure virtual machines have also been updated and they get services such as Delete Attached Disks, SQL Always On and Availability Set Warnings. The new Active Directory currently features better capabilities for SAML federation and multifactor authentication and it also contains a brand new password vaulting system. The Active Directory default state is created for accounts belonging to organizations or customers for synchronization with Windows Server Active Directory implementations.

The last announcement was of the Windows Azure SDK 2.2. The new SDK offers full support and compatibility with Visual Studio 2013 and has integrated Azure sign in feature.