One of the leading online file sharing and cloud content management service providers, BOX Inc. has filed for Initial Public Offering (IPO). Recently known as Box.net, the cloud service provider for businesses will expectedly value itself at more than $2 billion.

In the previous fundraising session, Box was valued at $1.2 billion turning down the takeover proposal of at least $700 million. Most of these funds were raised from private equity firms and venture capitalists like Draper Fisher Jurvetson, U.S. Venture Partners, Meritech Capital Partners, Andreessen Horowitz, Hercules Technology Growth Capital, SAP, Salesforce.com, and General Atlantic. Primarily funded by Draper Fisher, the company collected $1.5 million in the following year. The collections however for 2007 were $6 million, and those for 2009 were $7.1 million. They closed two funding rounds in 2011 collecting a total of $129 million. The figures for 2012 and 2013 were $125 and $100 million, respectively. By December last year, Box was able to raise $400 million.

With this decision, Box has listed itself among other service providers in the same segment that are planning to go for IPOs. These names include DropBox, SalesForce.com, and Amazon Web Services (AWS). 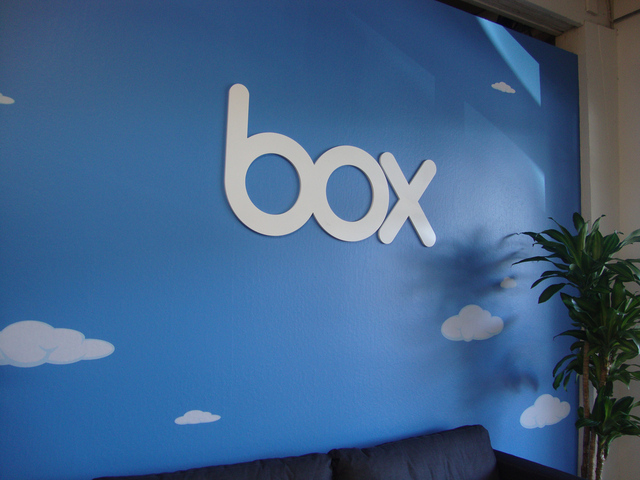 Box Inc. is currently serving over 200,000 businesses through its file sharing network, subscribing to multi-hundred gigabytes of cloud storage. Brands like Chevron, Toyota Motor Sales USA, Rosetta Stone and eBay are some of the most prominent customers contributing towards the revenue of this company. Box’s verdict towards IPO was quite predictable, as it was indicated by the co-founder and CEO Aaron Levie several times in the past.

The case was filed in compliance with the latest US Securities Reform Act. The company has reserved the rights to keep the entire procedure private, until the date of sale approaches. Such allowance proves that Box currently has the revenue figures less than $1 billion.

As called out by the authorities, Box is in desperate need of funds for its increased spending on heavy sales and marketing. The company has realized in its nine years of operations that it needs to be more communicative with extensive marketing strategy, in order to expand its share in the global cloud market.

Box is not the only firm filing for Initial Public Offerings. A couple of months back, Workday Inc. debuted public trading with shares surging 74%. On the other hand, Veeva Systems also filed for the IPO using a $150 placeholder amount.

Although Box is still not in a sound financial condition even with the long period of existence, it is now backing itself up and making collaborations to level up against its giant competitors.