Years’ old animosity between Oracle and Microsoft is not a novel disclosure as the two giant companies opted to remain logger heads with one another, making headlines every now and then. However, lately the two realized the importance of remaining united and started meeting discreetly. It’s only after these meetings that Oracle and Microsoft surprised the world of corporate computing by announcing their plans to work together on cloud, so as to provide software as well as services over the internet. 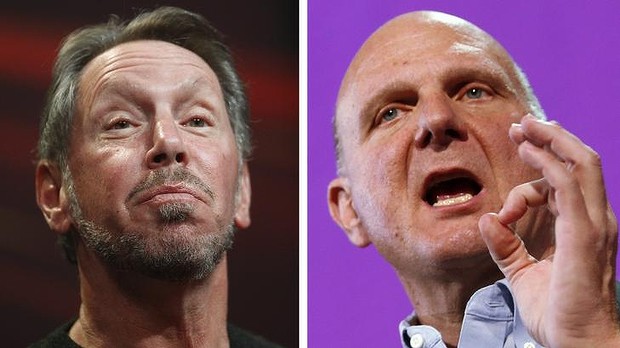 Nonetheless, following the announcement on 24th June, Oracle made public its other partnerships that include alliance with Salesforce.com, one of the leading names in the realms of cloud-based companies known for providing services such as hosting businesses’ marketing along with customer relations systems. Just a day after the said news, Oracle unveiled its plans of working closely with another cloud based software company, NetSuite. Moreover, Oracle launched its latest version of database software compatible with cloud.

Oracle’s partnership with Microsoft remained the most eye catching news of all the revelations. This particular release is especially striking owing to the fact that the two high profile firms in general and its co-founders, Microsoft’s Bill Gates and Oracle’s Larry Ellison, in particular rarely missed an opportunity to pick a fight and entertains a long history of feuding.  Tension between the two companies reached its zenith in 1990’s when Oracle attempted to introduce a replica of personal computers in a bid to bridle the monopoly of Microsoft’s Windows operating system to which Microsoft retaliated by challenging Oracle’s core database business.

The underlying reason behind the agreement reached by the two foes is the enormous speed observed by business customers towards abandoning costly packaged software as well as maintenance contracts and switching over to cloud delivered services. Although both Oracle and Microsoft have leading web based offerings of their own, yet they are encountering tough competition from Amazon, having a paramount presence in cloud infrastructure, and IBM which lately launched a cloud firm by the name of SoftLayer Technologies.

Keeping pace with the changing dynamics, both Oracle and Microsoft have teamed together to win customers and address their apprehensions of being locked into the products of a single firm. In order to make their services work well together, Microsoft and Oracle have been working silently to guarantee smooth running of Oracle’s database software on those servers that use Microsoft operating systems. There is another deeper side to the commitment thus declared. While Oracle will be endeavoring to run various bits of its software smoothly on Microsoft’s cloud platform Azure, Microsoft will in turn aid in promotion of Oracle’s database software.

According to the experts of cloud computing technology, the announcement comes at a critical time when both the titans are pondering over the decline in the revenues of its recent quarter, especially those of Oracle. Some of the analysts attribute this declining trend to the slow reaction of Oracle and Microsoft in acknowledging the might of cloud computing. However, if the latest developments are to be reckoned, the alliance of these two firms represents a perfect match in the cloud computing world and has the potential to offer more than anticipated by analysts.