Year 2014 is awaiting to witness the conflict of financials between renowned cloud storage service providers. In this context, Dropbox is on the top of news for its efforts to carry a new round of funds earlier next year. Sources have now confirmed, the company is planning to raise $250 million this time.

This is not it. An official spokesperson claimed that Dropbox is currently serving 200 million consumers, while 4 million businesses. These statistics are quite surprising as the previous year’s official count summed up to 100 million. The revenues declared for 2011 were nearly $116 million, increased from $46 million, the revenue of previous year. The figures for this year are yet to be observed, however, the expected sales for 2013 are placed somewhere around $200 million. The actual sales growth up till now seems sluggish as far as attending number of users are concerned. The estimated new funding cycle may make the company’s worth $8 billion, making the numbers to double as those of previous year. 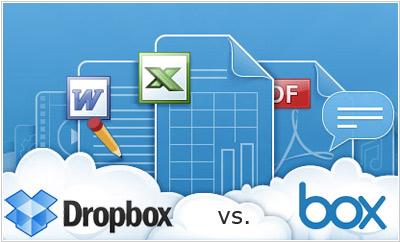 On the other hand, Box, its biggest competitor, is all set for an Initial Public Offering in the first quarter of next year. Box affirms its users count to be around 20 million, which is one tenth of that claimed by Dropbox. This scales down Box far lower than Dropbox, despite of its seniority in the industry. The last year’s funding cycle brought in $125 million investment to the company.

Integrating the number of users, accumulated investments and figures of revenues of each company, and then making a comparison of both, show that Dropbox is ahead with a very slight difference. The only reason for this attainment is the added 100 million users this year. Box instigated with consumers being targeted, for the free online storage services. A built up user database provided them with firm feet to focus businesses. Dropbox, in contrast, has always been pursuing towards business, since its foundation.

Coming to the freemium conversion rate, Dropbox is left behind at 3 to 4 per cent by the Box, being at 6 to 8 per cent. This means that out of every hundred free users, Box manages to fascinate six to four to their premium services. Contrariwise, Dropbox could only make it up to three or four.

Many strategic similarities can be found in both the service providers, as both are making consortium with software services and making exertions to develop and offer new functionalities within cloud storage.

The security side of the service must be assumed as many businesses are signing off due to the data privacy issues involved.

Let us wait and watch what could be accomplished by both the parties, with existence of other gurus in the industry like SkyDrive and Google Drive.