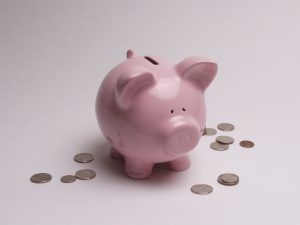 With cloud computing finding its way into more small businesses and global enterprises, one concern both operations share is keeping an eye on the cost of doing business in the cloud.

To combat the effects of being surprised by spending in the cloud, several startups now offer graphical dashboards and tools detailing spending.

Rackspace cloud computing customers can now use Cloudability’s service for free to keep watch on cloud costs. As business use of cloud computing grows, the need for such dashboards and metering services will rise as well.

Cloudability generates daily, weekly and monthly emails detailing a company’s cloud spending and provides a graphical dashboard of that spending. The goal is to make cloud IT spending as efficient as possible.

It’s a service that is welcome among cloud providers.

What worries cloud providers is that customers who get surprised will just move to another cloud. It’s not good for any vendor if customers see unanticipated expenses, which might turn them off to cloud use, explained Rackspace CTO John Engates in a recent interview with GigaOm.

“We want them to know where their money is going, we don’t want them to see the cloud in a negative light,” Engates said. “There are a lot of parallels in personal life — a trend to monitoring your usage of electricity and other utilities. The only way to [start reducing] spending is to be able to look at the numbers.”

Cloudability’s 3,400 customers provide a window into the adoption of cloud services by businesses. On average, the company’s paying customers spend $20,000 monthly across 4.2 cloud accounts, although that number has likely grown since Cloudability last measured several months ago, according to Businessweek.

“It’s been a good program,” said Jason Seats, TechStars Cloud managing directors, said in an article on siliconhillsnews.com. “I feel like everyone has gotten a lot of value out of it.”

When it comes to managing cloud costs, transparency is really the challenge, especially when you’re looking at costs across various public clouds, notes Dave Zabrowski, founder and CEO of CloudCruiser, a cloud cost-management platform.

“There are very tangible hidden costs that can be eliminated just with transparency of knowledge,” he said in an article on InformationWeek.

For example, consider the simple problem of over-allocation. Companies typically sign up for public cloud computing power or storage capacity with the assumption that their workloads command a specific
instance — therefore, they err on the side of over-provisioning and lock-in at a higher price just to make sure they are covered.

“But what happens a lot is the workloads in real life aren’t as demanding as people think,” Zabrowski explains. “By having transparency into usage versus allocation, for example, companies within hours can downgrade to a cheaper instance.”

Patrick Burke is a writer and editor based in the greater New York area and occasionally blogs for Rackspace Hosting.