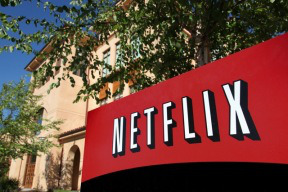 In the past few years, Netflix has been striving to amalgamate cloud based architecture utilizing Amazon Web Services. The rationale behind this incorporation was enhancing its streaming and DVD rental services. But in a surprising move, Netflix made an announcement rendering their endeavor open source allowing other developers access to its source code. Since then, Netflix has been steadily constructing cloud management tools for developers and has now taken the next step to implement the entire compendium of these tools.

Netflix arranged a meeting with developers who might already be using or considered as potential users of its array of open source cloud management tools. The meeting served dual purposes as the opportunity was also used to display some new technology that’s been worked on and a blueprint for future endeavors in open source field was revealed. The latent and subliminal message being conveyed is that Netflix is striving to make its open source cloud architecture more acquiescent and portable for interested parties.

While addressing an audience comprised of developers, the Director Cloud Platform Engineering for Netflix, Ruslan Meshenberg stated, “Many of you who are using [our open source tools] are probably just using one or two”. “But these are more powerful when you use them together… If there is one takeaway, it’s that the whole is much greater than the sum of its parts.” He further added.

Netflix harmonized its cloud structure on AWS a long time ago. According to Adrian Cockcroft, a cloud architecture expert, the organization might prove to be the “undifferentiated heavy lifter” for the services it wishes to initiate on top of the cloud. To complement this, Netflix has invested a compendium of tools incrementing new tools as newer AWS features emerge. But, there’s no surety that what clicked for Netflix might also do the trick for other organizations. In order to remedy that, Netflix is engineering its open source tools to be more user friendly and easily acquiescent for services which were not designed with the purpose of media distribution online.

In order to make the above smooth sailing and as a first step Netflix is concocting a bunch of “recipes” that would allow third parties to initiate multiple threads of its open source applications simultaneously. Also in works is a basic launcher that will facilitate in seamlessly launching those tools. One particular tool that Netflix is hoping to unveil soon to make its architecture more portable is titled, “Denominator”. It is being constructed by Adrian Cole of the jClouds guy fame.

For Netflix, this is a dual prong strategy; by making the tools open source which would also ensure their sustainable future if some other set of tools are standardized. Cockcroft juxtaposed Netflix’s cloud stance with migratory caravans which were westward bound during the 19th century. Netflix may have smoothen the Oregon trail for cloud services but now is the time to construct railroads to make it easier for others to follow the same path. “We started off a few years ahead of the industry.” “We want to establish our solutions as best practices or standards,” he further added.