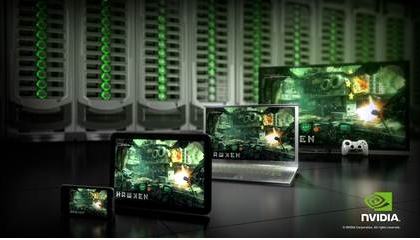 NVIDIA, the company responsible for the GPU that stimulated the world of computer graphics, just announced their newest innovation they are calling VGX, which is expected to be the very first GPU for cloud computing. Their CEO, Jen-Hsun Huang, promoted this project in the 2012 GPU Technology Conference (GTC). Based on their Kepler architecture, the VGX GPU is crafted for the purpose of usage in large data centers. It has unprecedented virtualization abilities that will enable the VGX to be shared by numerous users at the same time. They promise that the high-speed streaming would not let the users feel any lag in the communication of the data from remote data centers. Also the enhanced power efficiency and processing density hugely decreases the data center costs.

NVIDIA’s VGX is essentially making it possible for the users to be able to run extraordinary 3D graphics and simulations on less competent devices like smartphones or tablets. It implies that the virtualization of the computing platform will make it possible for any computing device to be able to access the VGX and run any kind of graphic applications, imaginable. NVIDIA is known for its remarkable innovative creations like the GPU in 1999 and then the CUDA architecture of course, that was a great leap for performance acceleration in computers. And since computing is shifting towards cloud, the VGX is sure to be a huge success not to mention the various new horizons it will inevitably pave the way for.

This Kepler-based cloud GPU is the next step into cloud computing. The GPUs have become very crucial – not only to gamers and digital artists but after the arrival of CUDA in 2006, its significance increased a hundred fold as it created new avenues for parallel computing. The GPUs have not lost their significance as graphic processors and they are still in high demand. With the GPU now on the cloud, it will do wonders for the graphics world. It will greatly improve the graphics for touch screens and gamers will be able to play everywhere and with practically any computing device.

The NVIDIA VGX for enterprises will accelerate virtual desktops that will be utilized to offer flawless remote computing capabilities, which will let the users stream any kind of applications to any device. There is of course a gaming implementation of the cloud, NVIDIA GeForce GRID that was developed by collaboration with many cloud gaming companies. It will be used primarily by Gaming-as-a-Service (GaaS) providers to provide their users the ultimate gaming experience, which may even outdo the console.

Industry analysts had a positive outlook about the future of the NVIDIA’s new branching into cloud GPU. They think this could possibly bring NVIDIA to the top of the technology industry. The future is cloudy – there are predictions all over the place that make cloud computing the only computing in a few years time. A cloud GPU like the GeForce Grid roots out some of the final obstacles to give way to a phenomenal gaming experience and has the potential to transform the industry itself. It enhances user experience with the seamless streaming and easy access from virtually any computing device. This has great potential for development in other industries such as health care and engineering, too that will make things easy for them.