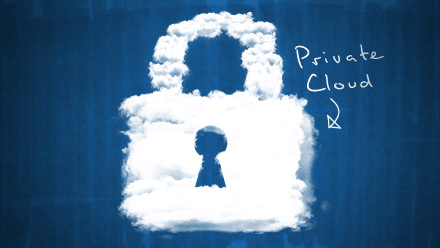 Rapid advancement in virtualization and distributed computing has resulted in the provision of required services by corporate networks and data centers within the organization. Providers of ‘private cloud’ services attract the attention of companies seeking to exercise more control over their data as compared to the level of control they get by utilizing the services of some third-party service provider, such as Simple Storage Service. Private cloud has several benefits over other options, including low costs, speedy deployment of servers and higher disaster-recovery rates, which further lowers the cost and makes it more testable.

Most of the traditional IT systems consist of a diverse range of hardware components that gradually supplement the system over time, including various processors, memory, drives, BIOS, and I/O systems. In a manufacturing setting or environment, these different systems perform in the same manner as intended, and regular repair and maintenance sessions are carried out. Backups of these systems are maintained at an offsite location, which can be achieved in two ways as described below:

Backup for the Data Only

Using this technique, a backup of data that is stored in the local server’s hard drive is maintained outside the company premises at some other location by means of tapes, online storage, or amid two data centers using a fiber connection that is entirely dedicated to this purpose. This is done in order to make sure that the entire data is stored and can be recovered at some point in future. In case a disaster strikes, the operating system is loaded again and reinforced in a similar manner as that of cloud server, and the reloading, configuration and re-patching of applications are also done simultaneously to restore the data in the backup.

This one is considered to be a much speedier recovery method for the whole system in case a catastrophe occurs, allowing users to reformat the system from scratch. This is done by means of replication of the operating system, applications, system registry and data files, after which it is restored in exactly the same way as it was constituted in the production system. This method, however, requires similar hardware, including the same version of CPU, BIOS and I/O configuration. This is to ensure that the recovery will take place effectively. In an environment where you find multiple servers, identical servers are also needed if the bare metal restoration is to be executed.