Unified communications (UC) is an expanding standard system of electronic communications over a network that is ubiquitously called the TCP/IP network (Transmission Control Protocol/Internet Protocol), called such because these two systems were the first protocols standardized in the network. 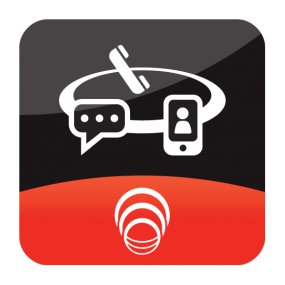 The capability of the entire TCP/IP network is such that an individual can communicate with another individual or with many individuals concurrently.  The one-on-one or one-to-many model is able to function many times over on the network without fear of cross-talk, i.e., one communication transmission does not interfere with another.

However, no one really knows if everyone on the planet (7 billion) were using the TCP/IP network simultaneously, putting the entire population online in communication with one another, could the network support that ubiquitous communication link.  It is probably not yet possible.

It is known that approximately one-third of the world’s population is online at one time or another, making use of the capabilities of UC.  One of the benefits of the network being a system of standardized protocols not dependent on the nature of the devices used is that a person sending a communication to several other people in a conference set-up can be using one type of device, such as a smart phone, and every other person in the conference link can be using other devices; another model of smart phone, or tablets, desktops, laptops, etc.

There is a multiplicity of device products capable of conducting multiple facets of UC.  For example, the device now commonly called the “smart phone” is capable of engaging virtually all of the examples noted above.  Some manufacturers of some models of these devices can even engage in some of the protocols simultaneously.

Another advantage of the TCP/IP network is that because it is not device-dependent, new technology can develop new devices that can integrate in the network as long as they are designed with the TCP/IP network of protocols included.

The relative history of UC can be dated to the 1980s when voicemail became a reality within the private branch exchange (PBX) analog telephone system, but as this system was not part of what developed as the TCP/IP network, PBX voicemail is really not an evolutionary ancestor of the current network and not a logical progression of the PBX technology.  UC must look to a decade later, in the late 90s, before finding a true origin
of UC can point to a system that allowed senders to choose from a small variety of communication protocols and for recipients to make the same choices.  However, even then, the system was based in a PBX environment.  The early 21st century saw the advent of the TCP/IP platform on which all current devices now depend.

Just since the 1980s, a generation of advancement now allows users of UC to communicate worldwide with handheld, pocket-sized devices.