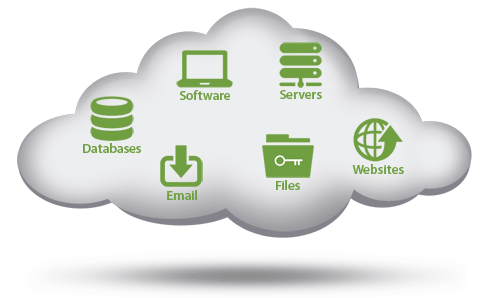 Cloud computing and its advantages have been one of the hottest topics of the IT world in the past year. Supporters of the Cloud say that traditional costs of acquiring server and software licenses can be greatly minimized by using cloud. Finding IT personnel to manage and maintain infrastructure has also been made easy. Companies’ infrastructures are continuously adapting to meet the needs of their customers and this fact can be contributed to the technological developments in the computing resources. Advent of smartphones and tablets enables the employees and other stake holders to easily access the company’s networks. One key improvement that the cloud can provide is Flexibility as now companies don’t need to invest a large amount of resources in equipment and software.

In an estimate by Meryl Lynch, technology could make business applications “three to five times cheaper” translating into a 67-80% decrease in costs of the organizations. And with majority of modern IT businesses spending 70% of their budget on maintenance, a substantial amount of resources can be saved if a cheaper method of managing IT issues can be made.

Cloud is not specifically for the private businesses but even government agencies can greatly reduce their costs by using efficient cloud applications. As Darrell West, director of Governance studies at Brookings, explains; “For the federal government as a whole, this translates into billions in cost savings, depending on the scope of the transition,”

Cloud Hosting basically provides storage and a wide range of features to both businesses and enterprises. The integration of more than one server eliminates the single point of vulnerability as well as removing the upper limits to resources shared.

Now the big question is how can companies save money by the use of cloud? For starters, it involves fewer investments in the capital investments of IT equipment. Secondly, the type of cloud used also affects the cost that could be saved. Public and private clouds also make a big difference. Alfred and Morton found out that if an agency needs 1000 file servers, it would spend $22.5 million for storage on a public cloud while $31.1 million in a private cloud company.

The costs of cloud hosting are not fixed as well, as they depend on the amount of usage.  This gives the incentive to the companies to turn off the virtual environment on weekends and also adjust their usage of the cloud and save cloud expenditures.

Minimal labor costs are incurred with trimming down of the labor costs i.e. the wages paid to IT personnel and the maintenance of the Infrastructure.

The growth in Cloud technology is further going to lower the costs involved, as increased competition will force the cloud hosting service providers to further lower their prices in order to compete. The amount of savings made from the use of the cloud may differ from organizations to organizations, but one thing is sure, that costs will be reduced with the help of cloud hosting, especially IT costs.