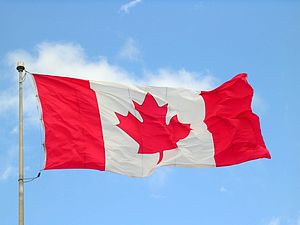 A recent event hosted by the Canadian Cloud Council focused upon different methods to expedite the implementation and propagation of Canadian cloud-based products and services. Before going into the details of what was covered in the event, let’s look at the present condition of Internet connectivity in Canada. Considering the middling internet connections, existence of duopolies and bandwidth limits in Canada, it would not be wrong to say that it has become the Digital Third World in this age.

The Globe and Mail’s Omar El Akkad and Netflix CEO Reed Hastings sum up the issues faced by cloud computing in Canada, with Hastings comparing the capped Internet plans to those in other countries of the world saying, “Canada has the misfortune of being the country with the lowest internet caps maybe in the world but certainly in the developed world and in all of the Netflix world. In Mexico, Internet is largely uncapped; in the US it’s largely uncapped; in the UK it’s completely uncapped; in Canada there’s a number of providers with very low caps…I don’t quite understand it.”

The prevalence of bandwidth caps in Canada is due to the fact that the markets are characterized by widespread geographies and limited population, resulting in market concentration and domination by a few ISPs. The ban on foreign investments – especially for wireless and broadband services – imposed by the government makes matters worse by restricting the cloud computing markets, as well as those of other internet-related services present in the developed nations of the world.

To promote their cause, Hart and his colleagues at the Canadian Cloud Council have successfully assembled a group of well-qualified and noteworthy cloud computing thought leaders. Alistair Croll, a notable Canadian entrepreneur working on Cloud Computing, as well as a member of the Canadian Cloud Council board says, “for decades, we’ve treated computers as precious and humans as cheap. And most IT organizations still think that way. But cloud is what computing looks like in an age of abundance—a world where tech is cheap and humans are expensive. To capitalize on this requires a shift in culture and mindset, a willingness to take risks and to experiment, and a much faster-paced, more iterative, kind of business posture. That’s an uncomfortable shift for much of Canada.”

Robert Herjavec, a renowned Canadian businessman, investor and TV personality shares similar views by saying, “Canada has the capability of being a global leader in the areas of technology innovation and commercialization.  With our expansive and resilient network infrastructure, inexpensive green energy, and agile and prosperous business environment, we should be excelling in the field of cloud computing.  Right now, we are not.”

It has become clear now that Canada is far behind in the realm of Cloud Computing. But is there any solution? Eventually, entities like the Canadian Cloud Council will have to bring about change by persuading their business and government associates, as well as convince the public by communicating to them the importance of a sturdy Internet ecosystem in Canada. By taking the right steps, Canada will undoubtedly be able to emerge as a worldwide leader in technology and the telecommunications sector.

David McIninch, Vice President of Marketing at ADP Canada, is of the view that if change does not occur in Canada in near future, “Canadian firms risk sliding further down the cloud adoption curve and will discover they are unduly burdened with “technical debt” and incapable of acting nimbly in their respective competitive spaces, recruiting top IT and development talent.” He further adds that that this will result in “a dramatic impact on Canadian productivity, innovation and GDP.”

Unlike the majority who presented an unpromising view of the future of Canada’s Cloud, Val Bercovici from NetApp stirred some hope regarding Canada’s future by stating, “I passionately believe this is the industry that will lead the Canadian economy deep into the 21st Century and sustain our enviable standard of living and positive global reputation.”