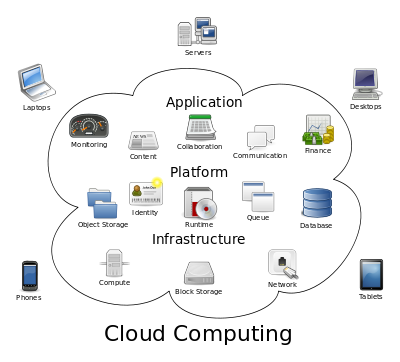 IT consultant Accenture stated this year that “cloud computing will increasingly provide banks with new lower cost operating models thanks to virtualization, greater automation, and the ability to push more activities offshore.”

What Does this Imply?

In near future, it is expected that majority of the banks’ infrastructure will be handled by managed hosting companies. Owing to its numerous benefits, many banks have already embraced managed hosting by integrating it with their existing infrastructure. Companies have moved many of the ancillary business activities – such as HR and procurement – to the cloud, resulting in reduced costs and streamlined IT procedures.

A Few More Steps to Take

Security concerns surrounding cloud are still a debatable issue, due to which many countries are quite hesitant to adopt it. There are already a lot of regulations pertaining to the storage and security of important data, as well as to the exploitation of information across the countries.

Companies are extremely cautious of the rising security issues around the globe, involving privacy of data and downtime caused in ATMs, credit card and anti-theft/fraud systems. Thus, banks wish to keep all their data at one place.

Also, many banks have yet to realize that the servers and server information is not bound by geographical limitations; instead, cloud servers have become omnipresent these days.

There is a dire need to educate these people and companies, and impart adequate IT knowledge for them to understand and implement the entire concept effectively.

Among the companies that have embraced cloud systems, many of them are using more than one cloud solution companies. Wells Fargo is a renowned banking services’ firm that employs cloud technology to complete its three-year integration project after it acquired Wachovia.

This cloud system is internally-based instead of public, as Wells Fargo is not willing to completely shift to a cloud system model.

To begin with, they adopted a virtual server that could take on multiple servers on a single hardware set, which enhanced efficiency, and resulted in cost savings of nearly $1 billion.

It appears that cloud technology – particularly the private cloud systems that offer more security – are becoming more and more popular among businesses as they continue to transform their IT infrastructure, along with promising reduced costs and increased efficiency. The future has in store even more ‘hybrid-cloud’ approaches and complicated IT solutions for us.