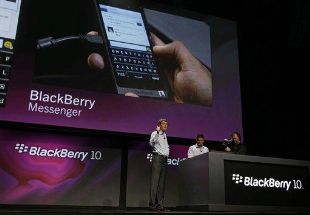 Research In Motion Ltd. (RIM)’s resolution to end service fee for some customers is a direct risk for its one of the most running source of income.

Subscribers who use added services like advance security would pay a normal fee, but those who do not subscribe to such services will not be making any contribution to the company’s revenue. Service fee alone accumulated 982 million, out of a total of 2.73 billion in the last quarter for the company.

The decision has affected RIM’s business and raised questions about its new venture—launch of the BlackBerry 10, next year. Investors are more concerned because there isn’t any justification given of this decision and its shares have toppled badly, immediately after the news entered the stock market.

“By doing this and lacking detail, RIM has created a very large cloud of doubt about that high-margin revenue,” said Jennifer Fritzsche, working at Wells Fargo & Co. (WFC) in Chicago during an interview on “Bloomberg West.” “By our estimates, it’s really the only real source of profitability.”

Whereas, Nokia Ovi (NOK1V) revealed that RIM has decided to make one part of  its payments due because of a patent licensing deal, ending legal rivalries going on between the two.

RIM is cutting down service fee as mobile phone users aren’t accepting heavy bills from wireless carriers. Traditionally, carriers charged this fee from customers, but now, it is impossible to do so. Blackberry has to follow the trends to stay in line.

“We will see pressure on pricing for BB OS-related services in order to make sure we stay relevant in our markets,” said RIM’s Chief Executive Officer Thorsten Heins. “However, I want to be very clear on this: Service revenues are not going away.”

Heins reinforced this claim again during a television interview saying that users would definitely add up to the company’s profits. He also claimed that the company would soon record profits as they’re working on cutting down their costs.

RIM’s head of investor relations, Paul Carpino explained that the company will make public, all the price details and the new fee structure, with the introduction of its BlackBerry 10.

Kris Thompson, an analyst at National Bank in Toronto has created a connection between stock and sales. According to him, management handled the situation poorly by not satisfying its investors. Now, investors will take revenge, until service revenue reaches a desired level.

RIM maintained its base till the last quarter, even if its market share minimized. Blackberry users have dropped from 80 million to 79 million in the last quarter and this is a real concern according to Bill Kreher, an analyst at Edward Jones in St. Louis.

The company is going for an aggressive cut down by removing 5000 jobs, altogether which means third of its human resource. When the last quarter ended, the company had about 13,400 workers.

It is also selling manufacturing locations and one of its business jets. This cost-cutting strategy has helped the company to hit the target of $ 1 billion savings, annually at the end of last quarter, which has been achieved, before schedule. RIM’s Chief Financial Officer, Brian Bidulka disclosed these details.

But the future isn’t very bright for the organization. With an anticipation of one more operational loss in the current quarter, it won’t be easy to get over the crisis.