In today’s generation and their world, you would not find a single person who is not communicating, surfing through net and maintaining their work and relationship through their smart phones. Apple is their style statement and most helpful company by launching the iPhone and their beloved iPad. From studying the iPad craze analysts are predicting that Apple would be able to sell about 9 million or more iPad this time. Survey tells us that Apple controls about 73% of the tablet market globally and it seems as if iPad is one of the important reasons for it.

Let’s find out why there is such an iPad craze and why do we find people loving it. You would find that the iPad has a collection of features that help you to communicate and interact over the internet. iPad is quite creative and unique; it also has applications that are fully goal oriented. Trying to understand why there is such an extensive iPad use; we found the answers lying in the iPad itself.

It has a user oriented approach

It seems that Apple has hired the best developers to design iPad so that it matches the ideology of today’s world. The application of the iPad is mostly client centric; this is done to ensure that the application serves the very purpose it has been designed for. It also has taken into account the user prospective thus implementing both these features made the applications a hit. While developing the application client specification is very important this is taken good care off. Thus the targeted audience is quite vast making the apps to be a successful one. 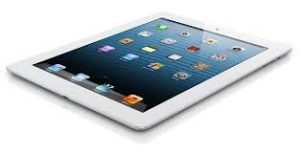 Developing the iPad required extensive knowledge that was gained through years of experience in developing creative apps, and that was not at all an easy task. The end users or the customers can provide the ideas about new apps that we want but it’s a real task of the iPad developers or programmers to turn it into a real world application from just a concept. thus if you are an iPad developer you first have to properly understand what the customer needs and the current trends which would match the application you are about to develop. By following both these strategies the iPad developers made it a real success.

Keeping it simple made it better

While developing the applications for the iPad the programmers tried to keep the apps as simple as possible and not complicate them by adding extra features and functionalities. They stuck to the basic needs of the applications and not merge two apps to add an extra feature such as if an app shows you the tube stations, and then it will just show the tube station and not any other feature with it, such as any place or monument near it. As it was mostly found that the users were not interested in these types of information. Because at the end of the day customers are satisfied getting the result they were searching for, thus apps that are goal oriented and simple in nature.

Genelia, the author of this post likes to write on gadgets such as iPads, iPhones, laptops, etc. She has also written many posts on apps for university students. If you are an iPad user or an iPad lover then this post will surely interest you.